A third woman is accusing the governor of inappropriate behaviour 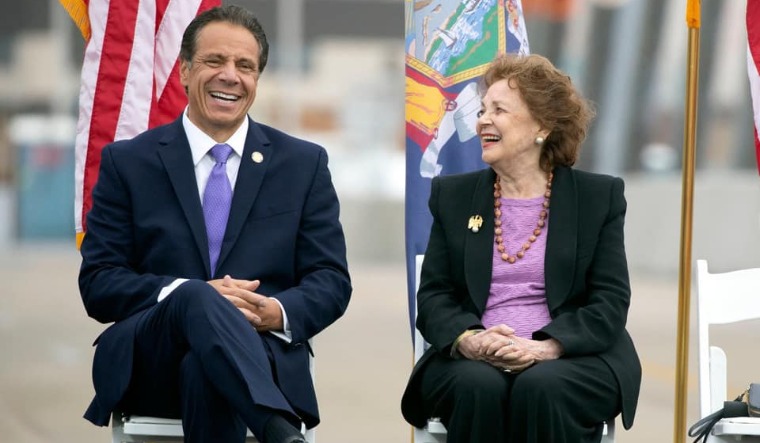 New York Governor Andrew Cuomo faces more heat as a third woman has accused him of sexual misconduct. A group of former New York state legislative employees, on Monday, called for the governor’s removal or resignation after they rejected his apology for past behaviour. Cuomo, on February 24, was accused by Lindsay Boylan, who worked with Cuomo’s office from 2015 to 2018, of asking her whether she wanted to play strip poker and kissing her forcibly after years of making inappropriate comments.

On Saturday, Charlotte Bennett, a former health policy adviser for Cuomo, said in the spring of 2020, the governor asked her about her sex life and whether she would be interested in a sexual or romantic relationship with an older man. The latest accusation comes from 33-year-old Anna Ruch, who said Cuomo misbehaved with her at a New York City wedding reception in 2019, where, Cuomo made advances towards her and kissed her on the cheek. Cuomo allegedly held her face in his hands and asked whether he could kiss her.

Senator John Liu wrote on Twitter, “A person who treats women this way is not fit to govern.”

Apologising for his behaviour, Cuomo told AFP, “I acknowledge some of the things I have said have been misinterpreted as an unwanted flirtation... To the extent, anyone felt that way, I am truly sorry about that.”

Mayor of New York City Bill de Blasio responded to Cuomo’s apology saying, “He just clearly was letting himself off the hook for something that, for the women involved, sounded pretty terrifying.”