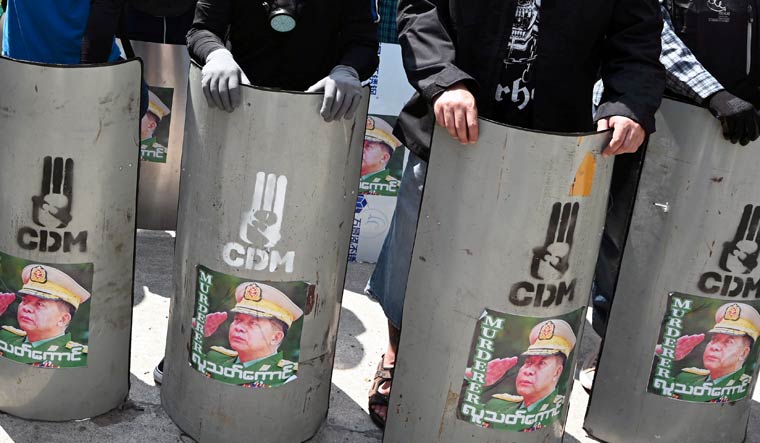 Myanmar's ousted leader Aung San Suu Kyi faces two new charges from the military junta. Suu Kyi appeared at a court hearing via video link on Monday, a day after 18 protesters lost their lives as security forces used gunfire, teargas, rubber bullets and stun grenade to disperse protesters in five cities. This is the first time the leader of the National League for Democracy has been seen in public since she was ousted by military leaders in a coup on February 1.

Suu Kyi, who is facing charges of illegal possession of walkie talkies, is being charged with the publication of information that may "cause fear or alarm” or disrupt “public tranquillity”. It is from the colonial-era penal code. Suu Kyi is also being charged with violating a natural disaster law by breaching coronavirus protocols.

Aung San Suu Kyi appeared in court after a day of deadly violence in Myanmar. There is fear among protestors that Suu Kyi may be prevented from contesting elections.

Military leadership maintains that the elections in November last year, that Suu Kyi won by a landslide is fraudulent.

Even as Suu Kyi’s hearing was on, protesters marched on the streets of Kale town, holding up her pictures and chanting, "democracy, our cause, our cause". Protesters also marched in the town of Bagan.