Canada has ordered 22 million doses of the vaccine in total 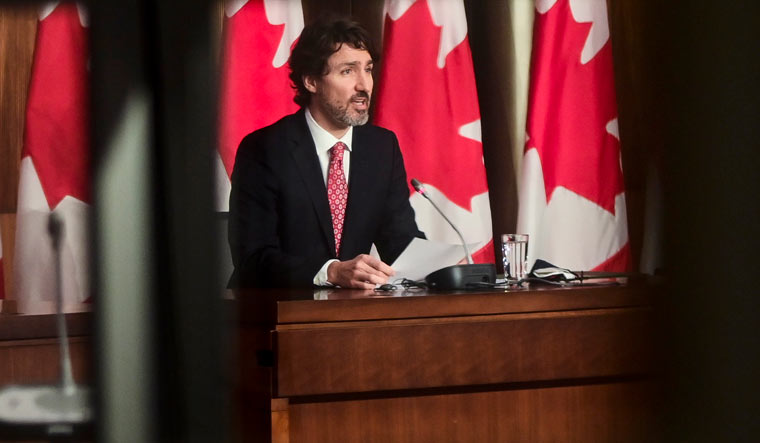 It is the third COVID-19 vaccine given the green light by Canada, following those from Pfizer and Moderna.

This is very encouraging news. It means more people vaccinated, and sooner," Prime Minister Justin Trudeau said, adding that the nation of 38 million people will now get 6.5 million vaccines in total before the end of March, 500,000 more now with the new approval.

Health Canada approved the AstraZeneca vaccine for use in people 18 and over, expressing confidence it would work for the elderly even though some countries, including France, have authorised it only for use in people under 65, saying there is not enough evidence it works in older adults.

With trials showing about 62 per cent efficacy, the vaccine appears to offer less protection than those already authorised, but experts have said any vaccine with an efficacy rate of over 50 per cent could help stop the outbreak. It's a good option, said Dr Supriya Sharma, Health Canada's chief medical adviser.

Sharma said no one has died or become severely ill in trials of the vaccines now approved by Canada or in those of Johnson & Johnson and Novavax shots, which could be approved soon.

Health authorities in Germany and other countries have raised concerns that AstraZeneca didn't test the vaccine in enough older people to prove it works for them and indicated they would not recommend it for people over 65. Belgium has authorized it only for people 55 and under Health Canada said its decision was based on pooled analyses from four ongoing clinical studies trials as well as data in countries where it has been approved.

Based on the totality of the information, the benefit-risk profile of AstraZeneca COVID-19 Vaccine is positive for the proposed indication in adults 18 years and over," Health Canada said in information posted online.

We're starting to get real-world evidence. There is evidence that in the older age group it would be effective, Sharma said.

Canada has now ordered 22 million doses of the AstraZeneca shot, which was co-developed by researchers at the University of Oxford. It will also receive up to 1.9 million doses through the global vaccine-sharing initiative known as COVAX by the end of June.

Trudeau said 2 million of those doses will come from the Serum Institute of India, which Sharma said uses the same recipe but a slightly different method and was also approved.

The AstraZeneca vaccine has already been authorized in more than 50 countries. It is cheaper and easier to handle than the Pfizer-BioNTech vaccine, which needs deep-cold storage that is not widespread in many developing nations. Both vaccines require two shots per person, given weeks apart.

Canada and many European countries have been struggling to vaccinate people as quickly as Britain, Israel, the US and elsewhere. Canada does not have domestic production and Trudeau's government has been accused of not obtaining vaccines fast enough even while also being criticized for ordering enough doses overall to supply its population 10 times over.

The AstraZeneca vaccine forms the bulk of COVAX's stockpile and concerns were recently raised by an early study that suggested it might not prevent mild and moderate disease caused by the variant first seen South Africa. Last week, South Africa scaled back its planned rollout of the AstraZeneca vaccine, opting instead to use an unlicensed shot from Johnson &amp; Johnson for its health care workers.