US: 8 shot near subway station in Philadelphia 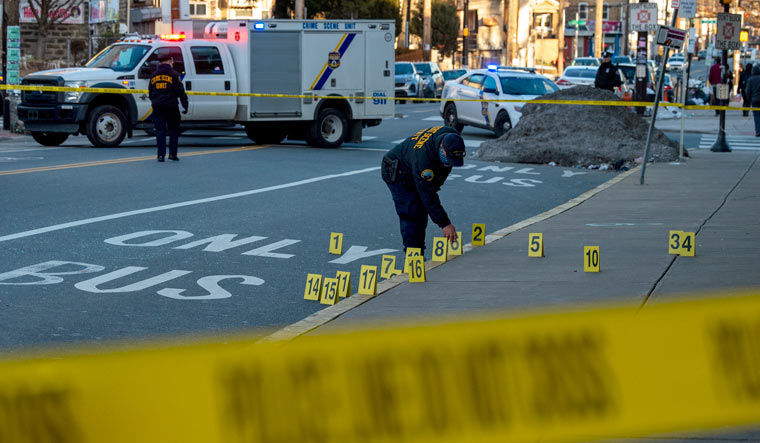 Police stand at the scene in Philadelphia | via AP

In a daytime gun attack near a Philadelphia bus and subway station on Wednesday, eight people were shot, one of whom is in critical condition.

The police told Reuters that one person, who is believed to be one of the shooters is in custody. The police have also recovered the two weapons used for the shooting. Information on the suspect isn’t immediately available. The police don’t know the motive behind the shooting either.

Among the victims, is a 71-year-old man who was shot in his stomach and both legs. The shooting took place near the Olney Transportation Centre in the city's Fern Rock neighbourhood in northern Philadelphia. Ages of the victims ranged between 17 and 71 years. Six of the victims are men and two of them are women.

Police Commissioner Danielle Outlaw said, “We are still putting all the pieces together, but this was a very brazen incident.” The police suspect there could be more than one shooter and are working to track down surveillance footage and talk to victims for details.

“I am beyond sickened. I refuse to accept this emergency situation as normal. We must rise together with one clear and united moral voice against the evil act of violence. People have the right to travel between work and home, and around town, without the fear of being shot, and possibly killed, by reckless, indiscriminate gunfire,” Philadelphia Mayor Jim Kenney told NBC news.