British minister says there are over 4,000 variants of the coronavirus 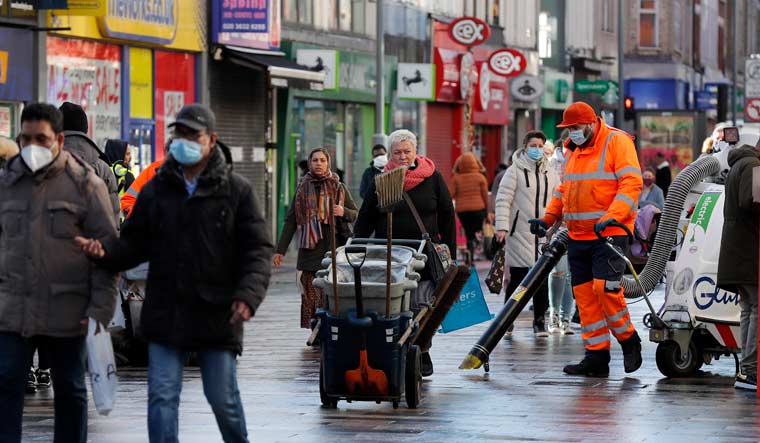 Road cleaners work in the town centre of Ilford in London, Friday, Jan. 29, 2021. In parts of east London, the pandemic is hitting much harder than most places in the U.K. The borough of Redbridge had the nation's second worst infection rate in January, with an estimated 1 in 15 residents thought to be infected | AP Photo/Frank Augstein

British Vaccine Deployment Minister Nadhim Zahawi has said there are over 4,000 variations of the coronavirus causing COVID-19 around the world and this has led to scientists at AstraZeneca and Pfizer trying to improve their vaccines. The mutates, which appear to be spreading quickly include the so-called British, South African and Brazilian variants.

Thousands of variants have been documented as the virus mutates, including the so-called British, South African and Brazilian variants which appear to spread more swiftly than others.

Zahawi told Reuters it was very unlikely that the current vaccines would not work against the new variants.

“It's very unlikely that the current vaccine won’t be effective on the variants whether in Kent or other variants especially when it comes to severe illness and hospitalisation,” he said.

He also said all vaccine manufacturers including Modern, Pfizer-BioNtech and Oxford-AstraZeneca are looking to improve the vaccine to make sure they are ready against any new variant.

So far, COVID-19 has killed around 2.26 million people globally since its first emergence in China in December 2019. Only a few of the thousands of mutations are likely to be significant.

Britain, on Thursday, launched a trial to test immune responses if shots of both Pfizer and AstraZeneca are given. British scientists involved in the trials say that this data could help to understand if shots can be rolled out with greater flexibility around the world.