On Monday, Italy reported 8,562 new cases of the coronavirus 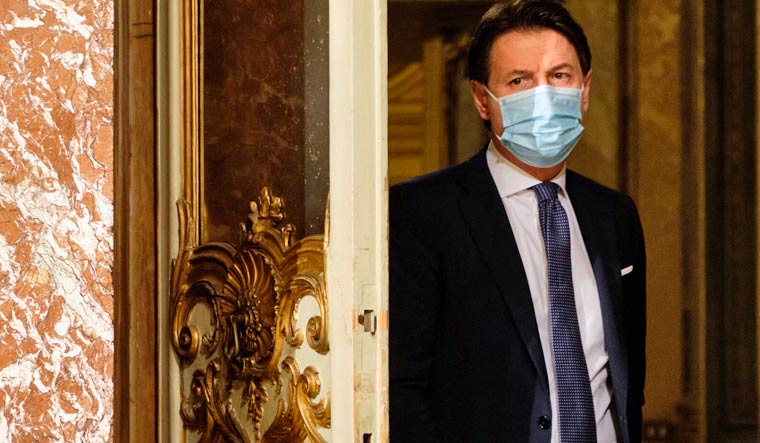 Italian Prime Minister Giuseppe Conte, on Monday, announced that he would resign. On Tuesday, after a meeting with his cabinet, he headed to the presidential palace to offer his resignation. The move comes after a key coalition ally pulled his party's support over the leader's handling of the coronavirus pandemic.

Conte's resignation has plunged the country into fresh political turmoil. Conte and his cabinet had been in power for only 17 months.

Conte hopes to garner President Sergio Mattarella's support to form a new coalition government, with whose help he hopes to steer the country through the pandemic. Italy was one of the worse hit nations when the pandemic struck last spring. The nation was able to mitigate its spread to an extent with strict lockdowns that lasted the whole summer.

On Monday, the country reported 8,562 new cases of the coronavirus.

With help of a new coalition government, Conte hopes to get the country through a recession, a bi-product of the pandemic and a spending plan for 209 billion euros in European Union recovery funds.

The current coalition of the 5-Star Movement, Democratic Party and smaller Leu party are all hoping for a third Conte government, an AP report reads. Matarella could ask Conte to form a government with a broader coalition with experts who can lead the country through the pandemic and recession in the government. Alternatively, Matarella could dissolve parliament and call elections two years early.

Matteo Salvini, leader of the Lega Nord party has demanded snap elections, “give the say back to the people and, for five years, a serious and legitimate government chosen by the Italians,” he told Politico. “This is not a government that can lead Italy out of this disaster,” Salvini added. Salvini also said that Conte is not capable of leading Italy through the crisis.