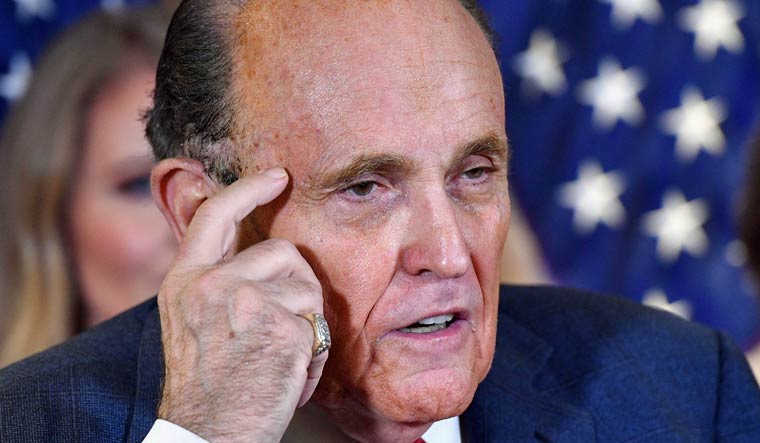 After the Trump campaign tried and failed to overturn the 2020 US election results, first with a series of lawsuits and finally with a mob, the legal challenges have now come from the other side. Dominion Voting Systems, a company whose voting machines were accused of manipulating the results by Team Trump, is now suing Trump lawyer Rudy Giuliani for the same claims.

A 107-page lawsuit seeking $1.3 billion in damages was filed in the US District Court for Columbia in Washington by Dominion Voting Systems against Rudy Giuliani. Giuliani, Trump’s personal attorney, is accused of manufacturing and disseminating the “Big Lie” that the election was “stolen”—and of charging $20,000 a day for doing so.

“Recounts of paper ballots have repeatedly shown that Dominion machines accurately counted votes in the 2020 election—conclusively disproving the election-fixing claims promoted by Giuliani and his allies,” the company said in its lawsuit. It added that Giuliani, in concert with Sidney Powell, Russel Ramsland, L. Lin Wood, Mike Lindell, Patrick Byrne, Lou Dobbs, Fox News, Fox Business, Newsmax, One America News Network (“OAN”), The Epoch Times and other “like-minded allies and media outlets” were determined to promote a false preconceived narrative about the 2020 election—and that as a result of this, company officials received death threats and Dominion suffered “unprecedented and irreparable harm”.

Dominion had faced accusations from across the Trump campaign: former campaign lawyer Sidney Powell accused the company of having links to former Venezuelan President Hugo Chavez. In a statement released in November at the time, Dominion rejected the accusations, and called it “a flood of absurdities.” “Dominion is plainly a non-partisan American company with no ties to Venezuela or Cuba,” the company said. “Dominion did not switch votes, rig elections, or engage in any election fraud. Dominion doesn’t even operate in some of the contested districts, including Philadelphia, Milwaukee, and Dane, Wisconsin,” the company said.

Dominion is also suing Powell for defamation over the claim of international conspiracy.

The company has not ruled out suing Trump himself, who has repeatedly named Dominion in his tweets to his tens of millions of followers.