Most of them reversed Trump's executive orders 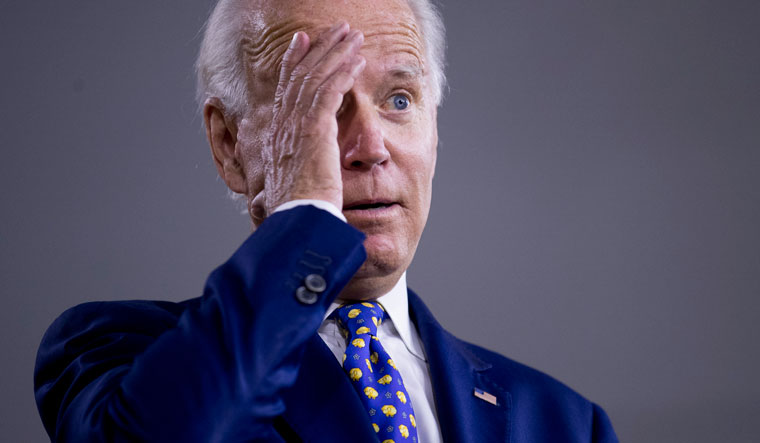 Looking ahead: Democratic control over the Congress will help Biden expeditiously implement his priorities | AP

President Joe Biden, it looks like is working his way through to throw out Trumpisms. After making some significant changes in décor, he has started day one as president by signing 17 executive orders. So far, the president has signed 30 executive orders.

His first executive order was launching his 100-day masking challenge, asking Americans to mask up for 100 days.

The president also signed an executive order reversing Trump's decision to withdraw from the World Health Organisation, she said.

"This will strengthen our own efforts to get the (coronavirus) pandemic under control by improving global health, and tomorrow we are not wasting any time, White House Press Secretary Jen Psaki said.

Biden also officially appointed a COVID-19 response coordinator, a position and team that he had already previously announced but made it official today to create a unified national response to the pandemic. He re-established the national security team responsible for global health, security and bio-defence.

A third order he signed was to confront the economic crisis triggered by the coronavirus, mainly the housing affordability and asked relevant agencies to extend nationwide moratoriums on evictions and foreclosures.

The pandemic has also increased the hardships of millions of Americans who owe federal student loans. In response, the president asked the education department to extend the pause on student loan payments and interest, she said.

The fourth order signed by the president was to rejoin the Paris climate agreement putting the United States back in a position to exercise global leadership in advancing the objectives of the ambitious agreement, Psaki said.

In a broad executive order, Biden rolled back harmful regulatory reversals made by the previous administration to protect public health and the environment.

This order protects nation's treasures by reviewing the boundaries for several national monuments, places a temporary moratorium on all oil and natural gas leasing in the Arctic national wildlife refuge and re-establishes the inter-agency working group on the social cost of greenhouse gases.

Racism is also another issue the president addressed. Biden launched a whole of government efforts to advance racial equity and root out systemic racism from federal programs and institutions.

He directed the Secretary of Homeland Security in consultation with the Attorney General to take all appropriate actions to preserve and fortify DACA (Deferred Action for Childhood Arrivals), which provides temporary relief from deportation to dreamers, young people who were brought to this country as children, Psaki said.

The president also signed an order put an end to the Muslim ban, a policy rooted in religious animus and xenophobia.

He sent a proclamation effective immediately halting further funding construction of the previous administration's border wall and terminating the so-called national emergency use to wastefully divert billions for wall construction, she said.

Biden also sent an immigration bill (the US Citizenship Act of 2021) to Congress to modernise the immigration system, Psaki said.

Biden told reporters that these are just all starting points.

We are going to, in the process of rebuilding the economy, do what I said throughout the campaign and while running: rebuild the backbone of the country, the middle class. And so there's going to be a lot of focus on that. I think some of the things we're going to be doing are we're going to be are bold and vital, and there's no time to start like today," he said.

Another order Biden signed was to include all undocumented residents in the census and apportionment of Congressional representatives.

Biden, in a step to promote equity, signed an order to end workplace discrimination based on gender sexual orientation.

Biden ruled that all appointees to the executive branch of government must sign a pledge barring them from acting in personal interest and requiring them to uphold the independence of the Department of Justice.

Biden, besides cutting funds to Trump's border wall, overturned Trump's efforts to undo protections for undocumented people brought into the country as children.

Biden also signed an order boosting a welfare scheme, that gives a family with three children an extra $100 every two months to supplement grocery shopping.