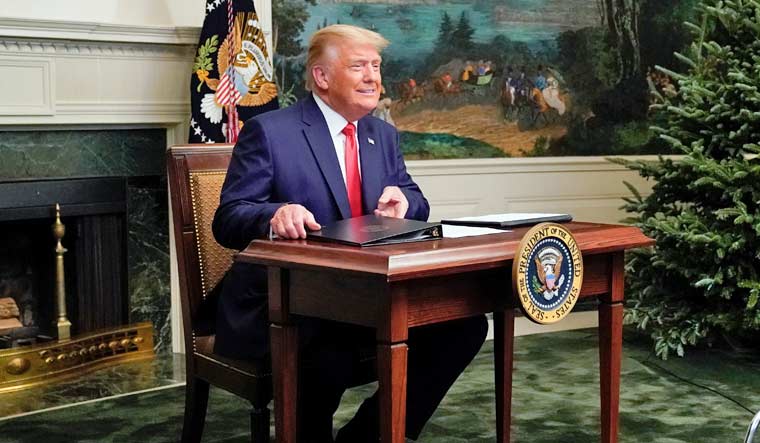 YouTube has temporarily suspended the account of outgoing United States President Donald Trump, preventing all video uploads by the channel for the next seven days, amid concerns over "ongoing potential for violence".

"After careful review, and in light of concerns about the ongoing potential for violence, we removed new content uploaded to the Donald J. Trump channel and issued a strike for violating our policies for inciting violence," YouTube said in a statement.

"As a result, in accordance with our long-standing strikes system, the channel is now prevented from uploading new videos or livestreams for a minimum of seven days  which may be extended," it said.

"We are also indefinitely disabling comments under videos on the channel, we've taken similar actions in the past for other cases involving safety concerns," the platform said.

Following the violence that erupted at the US Capitol after Trump's supporters stormed the building on January 6, YouTube removed most of the videos from his rally earlier in the day.