The pandemic has killed more than 336,000 Americans so far 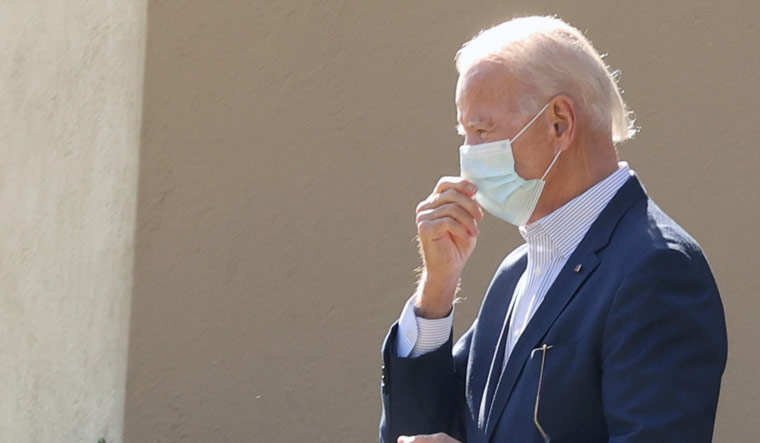 President-elect Joe Biden has vowed to undertake relentless effort to fight COVID-19 when he takes office in January. “The Trump administration’s plan to distribute vaccines is falling far behind,” Biden told AFP. He also said, “I’m going to move Heaven and Earth to get us going in the right direction.”

Biden said that things would get worse before it gets better when it comes to the pandemic and criticised the Trump administration for the pace of distributing COVID-19 vaccines. “We need to be honest, the next few weeks and months are going to be very tough, very tough for our nation. Maybe the toughest during this entire pandemic,” Biden said.

According to Centres for Disease Control and Prevention, around 2.1 million Americans have received the first shot of the COVID-19 vaccine. Trump has predicted that by December 2021, 20 million Americans would be vaccinated. The pandemic has killed more than 336,000 Americans so far.

Health experts have warned people to avoid holiday travel and gatherings to mitigate the spread of the virus.

Biden has said that he plans to invoke the Korean War-era Defense Production Act to force private industry to step up vaccine production for the government when he takes office on January 20. “We’re going to make sure vaccines are distributed equitably so every person can get one, no matter the colour of their skin and where they live,” Biden said. He also said that he hopes that in 2021, things would return to normality, but not immediately.

Biden said the COVID-19 vaccine shots will be delivered five to six times the current pace and that his administration aims to have 100 million shots administered in the first 100 days of his term or by April. Biden also said that at the current pace, it would take years, if not months to have all Americans vaccinated.

Biden has also said that one his first acts as President would be to roll out a comprehensive COVID-19 aid bill which will include funding for expanded vaccinations and testing, among other things. He also has a COVID-19 task force working on ways to better streamline the government response to the pandemic and help turn the tide of infections.

US assistant health secretary Admiral Brett Giroir, in the meantime, told MSNBC, he expects it will take another 10 days to get to the promised 20 million mark.

“By the end of next week, we’ll be at about 19.9 million distributed,” Giroir said, adding that the pace will “ramp up” soon. “It’s only been 15 days since the first shot in people’s arms.”