A parked recreational vehicle is believed to have exploded 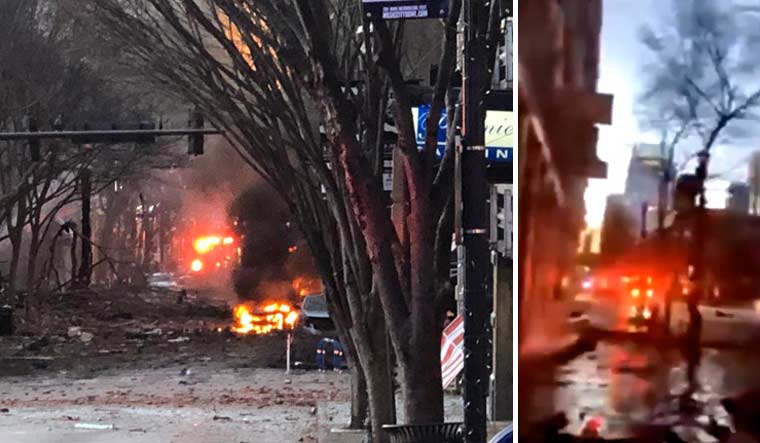 An explosion linked to a vehicle rocked downtown Nashville on Christmas morning, sending shattered glass and debris over a wide area and rocking nearby buildings. Three peopel have been transported to hospitals following the incident, but none are in critical condition, CNN reported.

The Metro Nashville Police Department said via Twitter that the explosion occurred at 6:30 a.m. Friday and that state and federal authorities were on the scene, as were emergency crews including the fire department.

Black smoke and flames were seen early Friday billowing from the area, which is packed with bars, restaurants and other retail establishments and is known as the heart of downtown Nashvilles tourist scene.

Buildings shook in the immediate area and beyond after a loud boom was heard.

The Metro Nashville Office of Emergency Management told Nashville television station WKRN that a parked recreational vehicle exploded and damaged several buildings. No injuries were immediately reported. The station initially quoted officials as saying the explosion did not seem suspicious.

The Police Department now says authorities believe the explosion was a deliberate act.

Police spokesman Don Aaron said about three hours after the explosion shook the area that investigators believe it was an intentional act.