Biden described Pete Buttigieg as a patriot and a problem solver 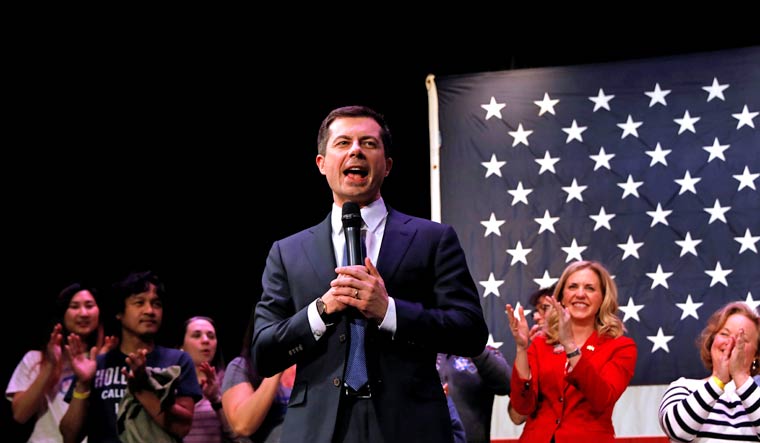 US President-Elect Joe Biden has chosen Pete Buttigieg to be his transportation secretary, elevating the former mayor of Indiana and a one-time rival to a top post in his Cabinet.

The first openly gay major presidential candidate in American history, and one of the youngest-ever to win a state primary or caucus, Buttigieg, 38, is a barrier-breaking public servant from the industrial Midwest with a track record of trailblazing, forward-thinking executive leadership.

Buttigieg vaulted to national prominence due to his success in revitalising his hometown of South Bend, Indiana. First elected at the age of 29, Buttigieg worked inclusively and creatively to bring together public, private and community leaders to restore pride to South Bend and turn the city—once called one of America's "dying cities"—into a bustling hub of innovation and job growth.

"Mayor Pete Buttigieg is a patriot and a problem solver who speaks to the best of who we are as a nation. I am nominating him for secretary of transportation because this position stands at the nexus of so many of the interlocking challenges and opportunities ahead of us," Biden said in a statement on Tuesday.

"Jobs, infrastructure, equity and climate all come together at the DOT, the site of some of our most ambitious plans to build back better. I trust Mayor Pete to lead this work with focus, decency and a bold vision—he will bring people together to get big things done," he said.

Buttigieg termed his nomination as a moment of "tremendous opportunity" to create jobs, meet the climate challenge and enhance equity for all.

"I'm honoured that the president-elect has asked me to serve our nation as secretary of transportation. Innovation in transportation helped build my hometown, and it propels our country. Now is the time to build back better through modern and sustainable infrastructure that creates millions of good-paying union jobs, revitalises communities and empowers all Americans to thrive," the former mayor said in a tweet.

“If confirmed as transportation secretary, Buttigieg will work to improve the lives of all Americans, and he will bring the same vision and policy acumen that reinvigorated South Bend to the task of implementing President-Elect Biden’s Build Back Better agenda, including rebuilding modern, sustainable infrastructure nationwide, creating millions of good-paying union jobs and tackling the climate crisis by helping to deliver an equitable clean energy future,” the transition team said.

"Buttigieg would also make history as the first openly gay person confirmed to lead a cabinet department in our nation’s history," said the transition team.

"One of the most important parts of building America back better is ushering in a safe, modern and sustainable transportation system that helps us grow our economy, tackle our climate crisis and connect all Americans to jobs and opportunity," Vice President-Elect Kamala Harris said.

"Buttigieg is an outstanding choice to help spearhead this work. An innovative problem solver and trailblazing public servant, Mayor Pete is deeply committed to bringing people together and upgrading our transportation system in a way that serves Americans of all backgrounds and communities of every size—urban and rural—across our country," she said.

Buttigieg was a top contender for the 2020 Democratic nomination, the first major openly gay presidential candidate to win a state caucus or primary in American history and one of the youngest candidates ever to do so.

His candidacy brought a relentless focus on reimagining the future of American economy—calling every community to common purpose around creating good jobs and resilient infrastructure for all Americans.