Riyadh is yet to normalise ties with Israel 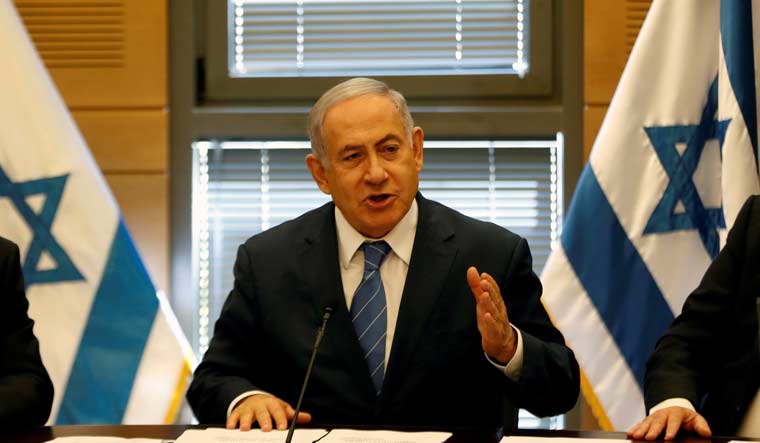 Israeli Prime Minister Benjamin Netanyahu secretly visited Saudi Arabia on Sunday and met Crown Prince Mohammed bin Salman, a Reuters report stated. There is, however, no confirmation from the visiting US Embassy in Jerusalem.

Netanyahu is said to have accompanied US Secretary Mike Pompeo to the city of Neom in Saudi Arabia. Mossad chief Yossi Cohen was also present.

Insisting that Palestinian state goals are to be met, Riyadh is yet to normalise ties with Israel.

"In Saudi Arabia where I’ll meet with Crown Prince Mohammed bin Salman. I look forward to discussing our efforts to counter terrorism, deter Iran’s malign influence, promote respect for human rights, and expand our two-way trade relationship,” Pompeo tweeted on Sunday, around the same time, Netanyahu’s plane is said to have departed for Neom as per a Haaretz report.

Pompeo has tried to coax Saudi to establish formal relations with Israel— a rapprochement built largely on shared concerns about Iran.