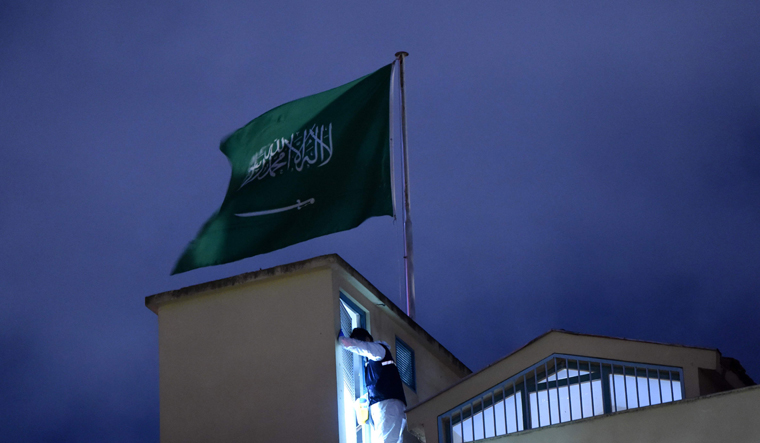 India has conveyed “serious concern” to Saudi Arabia after the country’s monetary authority released a new banknote excluding the entire Kashmir region from India, the Ministry of External Affairs said at a briefing on Thursday.

"The note was issued by Saudi Arabian Monetary Authority on October 24 to mark the occasion of Saudi presidency of the G20," Ministry of External Affair spokesperson Anurag Srivastava said at a briefing.

"We have conveyed our serious concern to Saudi Arabia, both through their Ambassador in New Delhi as well as in Riyadh, for this gross misrepresentation of India's external territorial boundaries on an official and legal banknote of Saudi Arabia and asked the Saudi side for taking urgent corrective steps in this regard," he said.

The Saudi Arabian Monetary Authority will release a new 20-riyal note to mark the Kingdom’s presidency of the G20 summit. https://t.co/sINlPqiOUk pic.twitter.com/yilfpaMIOk

"I would like to further reiterate that entire Union Territories of Jammu and Kashmir and Ladakh are integral parts of India," the ministry spokesperson said.

The banknote had sparked ire in Pakistan too, as it also excludes the regions Pakistan claims as Gilgit-Baltistan and Azad Kashmir from the country. Pakistani activist Amjad Ayub Mirza tweeted the same, calling it a ‘Diwali gift’ to India.

While Saudi Arabia maintains close relations with both India and Pakistan, it had backed India after the abrogation of Article 370 when it said that Kashmir would be considered India’s internal matter.