'Our way of life': After Paris beheading, confrontation between Europe, Muslim world 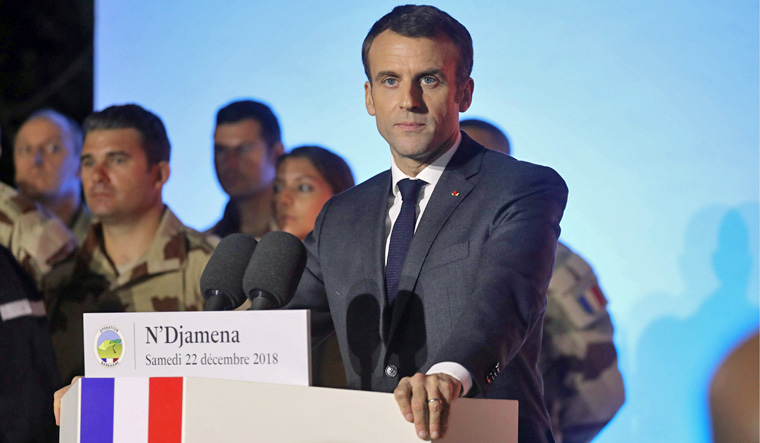 On Monday, a report in The Sun newspaper in UK stated that French footballer Paul Labile Pogba, a practising Muslim, had taken a decision to never play for the France national team again, on the back of President Emmanuel Macron's comments "insulting Islam". A few hours later, an angry Pogba stated that he would go in for legal measures against the publications that propagated the "fake news".

"I am appalled, angry, shocked and frustrated some 'media' sources use me to make total fake headlines in the sensible subject of French current events and adding the French national team to the pot. I am against any and all forms of terror and violence. Unfortunately, some press people don't act responsibly when writing the news, abusing their press freedom, not verifying if what they write/reproduce is true, creating a gossip chain without caring [if] it affects people's lives and my life," he said in a statement.

The Pogba saga was indicative of the turmoil currently roiling the relations between France—to some extent Europe—and the wider Muslim world. Calls for boycott against France for President Macron's recent statements on a terror incident in Paris, which some saw as denigrating Islam, prompted backlash from European Commission Vice President Margaritis Schinas, who said: “Sorry to disappoint you but this is our way of life as defined in our Treaty. The European Way of Life.”

Sorry to disappoint you but this is our way of life as defined in our Treaty. The European Way of Life. https://t.co/5V8wVqnWGZ pic.twitter.com/peKQi0ovW7

What was the incident?

A school teacher in the suburbs of Paris was beheaded earlier this month after showing caricatures of Prophet Muhammad in class. The teacher, Samuel Paty, who was killed by an 18-year-old Chechen refugee, has been heralded at home as a national symbol of France's dearly-held secular ideals and its rejection of any whiff of religious intrusion in public spheres. At the time, Macron had called it an incident of "Islamist terror".

The French president has vigorously defended such depictions as protected under the right to free speech. At a memorial for the teacher last week, Macron said: "We won't renounce the caricatures." On Sunday, he appeared to double down. In tweets published in both Arabic and English, he wrote: "We will not give in, ever". He added, however, that France does not accept hate speech and respects all differences.

His government plans a bill aimed at rooting out what Macron calls Islamist separatism, which he contends has created a parallel culture in France, one that rejects French laws and norms. While he blamed some of this separatism on France's brutal colonial past in North Africa, he was quoted as saying Islam is "a religion that is in crisis all over the world" and that Muslim positions are "hardening".

Muslims in the Middle East and beyond on Monday broadened their calls for boycotts of French products and protests, as a clash over depictions of the Prophet and the limits of free speech intensified. The Gulf Cooperation Council (GCC) called Macron’s statements "irresponsible" and inciting hatred.

Kuwaiti stores pulled French yogurts and bottles of sparkling water from their shelves, Qatar University cancelled a French culture week, and calls to stay away from the Carrefour grocery store chain were trending on social media in Saudi Arabia and the United Arab Emirates. Egypt's top cleric, Sheikh Ahmed el-Tayeb, who is also the Grand Imam of Al-Azhar, Sunni Islam's highest seat of learning, condemned what he said was a systematic campaign aimed at dragging Islam into political conflicts and discord.

Protests have been held in Turkey and the Gaza Strip and are being planned in Pakistan.

Turkish President Recep Tayyip Erdogan took an insulting swipe at Macron, with whom he has long been caught in a cycle of escalating rivalry. Erdogan said that Macron needed his head examined, and that the French leader has lost his way. "What is the problem of this person called Macron with Islam and Muslims?" Erdogan, a devout Muslim, asked.

through encouraging the display of blasphemous cartoons targeting Islam & our Prophet PBUH. By attacking Islam, clearly without having any understanding of it, President Macron has attacked & hurt the sentiments of millions of Muslims in Europe & across the world.

Amid the political barbs, neither Erdogan nor Khan publicly condemned the killing of the French teacher.

Macron has found support within Europe. The European Union’s foreign policy chief Joseph Borrell said Erdogan’s words were "unacceptable" and called on Turkey to stop "this dangerous spiral of confrontation".

"They are defamatory comments that are completely unacceptable, particularly against the backdrop of the horrific murder of the French teacher Samuel Paty by an Islamist fanatic," German Chancellor Angela Merkel's spokesman Steffen Seibert said.

The prime ministers of Italy, the Netherlands and Greece also expressed support for France, as did European Commission president Ursula von der Leyen. "President Erdogan's words addressing President @EmmanuelMacron are unacceptable," Dutch Prime Minister Mark Rutte tweeted, adding that the Netherlands stood "for the freedom of speech and against extremism and radicalism."