US: Senate marches ahead on Barrett despite boycott by Democrats 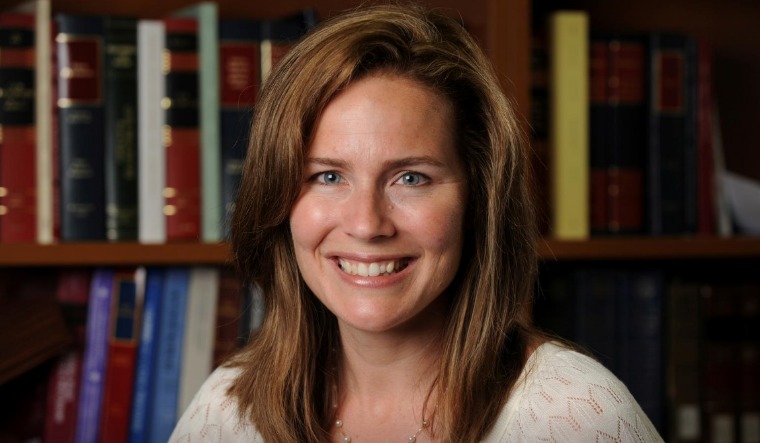 Amy Coney Barrett's nomination to the Supreme Court seems poised in being official as the Senate readies itself for a rare weekend session and cement a conservative majority. Senate Democrats' blockade doesn't seem to have done anything to slow down the process.

10 Democrats on the Senate Judiciary committee boycotted the vote and filled their seats with pictures of people who rely upon the Affordable Care Act. "This has been a sham process from the beginning," the Senate Democrats wrote in a statement. "Amidst a global pandemic and ongoing election, Republicans are rushing to confirm a Supreme Court Justice to take away health care from millions and execute the extreme and deeply unpopular agenda that they've been unable to get through Congress."

President Donald Trump announced Coney Barrett's nomination a week after Justice Ruth Bader Ginsburg's death, despite the late Justice having made it known that she be replaced after the elections on November 3. Barrett is known to have anti-abortion sentiments. Barrett, during her confirmation hearing, used Ginsburg's rule that “A judge sworn to decide impartially can offer no forecasts, no hints for that would show not only disregard for the specifics of the particular case, it would display disdain for the entire judicial process”. She refused to answer questions on gay rights, the Constitution or abortion.

Democrats in September attacked Barrett's faith —Roman Catholicism against her as they believe she may not be able to keep her faith and judicial views separate from one another.

Democrats have no realistic chance of stopping Barrett's advance in the Republican-controlled chamber. Barrett, a federal appeals court judge, is expected to be confirmed Monday and quickly join the court.

Senate Democratic leader Chuck Schumer of New York warned Republicans that they were making a colossal and historic mistake in confirming Barrett, who has openly singed her name to ads against abortion, to the position of a Supreme Court Justice. Senate Majority Leader Mitch McConnell defended Barrett's nomination and said he was pro a quick confirmation for her.

Trump this week said he is hopeful the Supreme Court will undo the health law when the justices take up a challenge November 10, the week after the election.