‘It took me 45 days of continuous work to complete’ 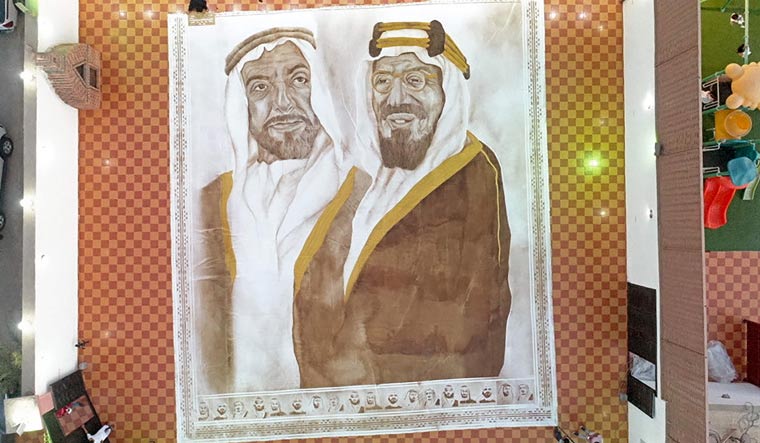 A Saudi artist became the country’s first woman to enter the Guinness Book of World Records by making the world's "largest coffee painting”. Ohud Abdullah Almalki used expired coffee to illustrate renowned leaders from the country and the neighbouring UAE in a 220 square metre piece.

"It took me 45 days of continuous work to complete, under the watchful eyes of two witnesses, video recording and drone footage," Almalki said.

The artwork created on a canvas of seven connected cloths is called Naseej and was created in the Saudi city of Jeddah. Approximately 4.5 kg of expired coffee powder mixed with water was used to create the painting. The edge is done in a traditional Bedouin decoration style known as ‘Al-Sadu’.

"My aim is to remind the world of the centuries-old entente between the two nations," Almalki said. The painting features the founding fathers of Saudi Arabia and the UAE — the late King Abdul Aziz bin Saud and the late Sheikh Zayed bin Sultan Al-Nahyan.

In 2015, 8,264 women joined together in Saudi's Riyadh to form the largest "human awareness ribbon", to create awareness for breast cancer.