Something close to genocide going on in Xinjiang, says US security adviser 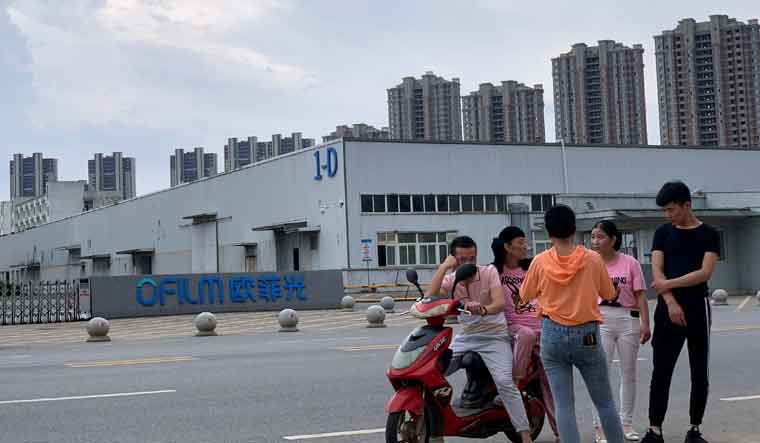 [File] Neighborhood residents chat near the entrance to an OFILM factory in Nanchang in eastern China's Jiangxi province. The company is one of 11 that the US government has imposed trade sanctions on and says are implicated in human rights abuses in China's Muslim northwestern region of Xinjiang | AP

The US National Security Adviser Robert O’Brien said on Friday that China was perpetrating "something close to" genocide in Xinjiang, with its treatment of Uighur Muslims. "If not a genocide, something close to it going on in Xinjiang," Robert O'Brien said while highlighting other Chinese crackdowns including Beijing imposing the national security law on Hong Kong, threatening its autonomy.

US-China ties have been tense owing to various factors like China allegedly not being transparent about the origin of the coronavirus, its treatment of Uyghur Muslims, its crackdown on Hong Kong’s pro-democracy movement and Beijing trying to control resources in the South China Sea.

In the province of Xinjiang, Uighurs are being detained in camps, that are being called camps for vocational training. There are reports of children being separated from their parents at these camps, women made to shave their heads forcefully to make wigs and forced labour being used to make goods to be exported to Western nations. The US Customs and Border Protection in June confiscated a shipment originating in Xinjiang containing hair products and accessories suspected of being forced-labour products made with human hair. US Secretary of State expressed shock on knowing about other inhumane practices being followed at the camp including forced sterilisation and forced abortions.

Chinese President Xi Jinping on September 27, told a high-level party meeting its approach is bringing stability and prosperity to Xinjiang and the policy must continue ‘for a very long time’. The UN estimates more than a million Muslims being detained in Xinjiang and activists say crimes against humanity and genocide are taking place there. The Chinese governments have denied these claims and said the camps provide vocational training and help fight extremism.