US facing health, economic crisis due to poor policies of Trump administration: Harris 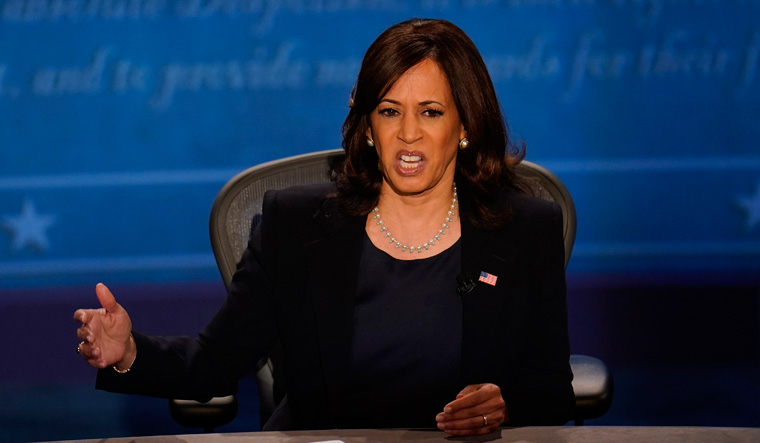 The US is facing a major crises on multiple fronts, including public health, economy, and hunger in addition to climate change, and a reckoning on racial justice, all due to the failed policies of Trump administration, Democratic vice presidential candidate Kamala Harris has said.

Speaking during a virtual fund raiser for the battle ground State of Wisconsin, Harris also said that President Donald Trump knew about the seriousness of the coronavirus much before it hit the US still did not do much about it.

The thing that just gets my blood boiling is that Donald Trump knew about this back on January 28. He knew this virus was deadly, five times more deadly than the flu.

He knew that it was airborne and that it could hurt children, and he and the vice president sat on that information and didn't tell people, she said.

Harris, 55, slammed the administration's handling of COVID-19 and called it the height of incompetence.

It's a failure of leadership also in recognising the dignity with which one should hold that office that has been entrusted to that individual by the people of our country. We continue to see a lowering of standards. And the contrast between the current occupant of the White House and Joe Biden could not be more stark, she said.

He is someone who lives with integrity.

We just gotta get this done mainly because Republicans are trying to take away health care and the country's standing internationally, she said.

Wisconsin, you are such an important part of this. As Tammy said, I've spent time there. When I was a child, I lived in Wisconsin for a very brief time, but I feel a personal sense of connection to the state. And the issues that impact the people of Wisconsin and the state of Wisconsin are really a measure of how the country is doing, she said.

Responding to a question on what it was like to be in the Amy Coney Barrett hearings this week, Harris said she has an incredible colleagues in the Senate who all banded together.

I happen to like the Marvel movies, I confess, and our caucus we have a bunch of superheroes who each have their own talents, and it was very much on display in terms of their skills, and their fortitude and their experience during the judiciary hearings, she said.

So the point that we have been making is while the American people are making a decision about who will be their next president, who will fill this seat in the White House, we should wait so that person can fill that lifetime seat on the Supreme Court. So that's why we say this process is bankrupt and flawed, deeply flawed, because the American people are voting and they who decide who should fill that seat, she said.

Harris alleged the confirmation hearings were part of an agenda that started 10 years ago to get rid of the Affordable Care Act.

I've said this publicly that there's this weird obsession that they've had heightened by Donald Trump to get rid of whatever Barack Obama and Biden created. It's just the weirdest thing. And so they've been obsessed about getting rid of the Affordable Care Act, she alleged.