Sangay thanked Mike Pompeo for appointing Destro to the post 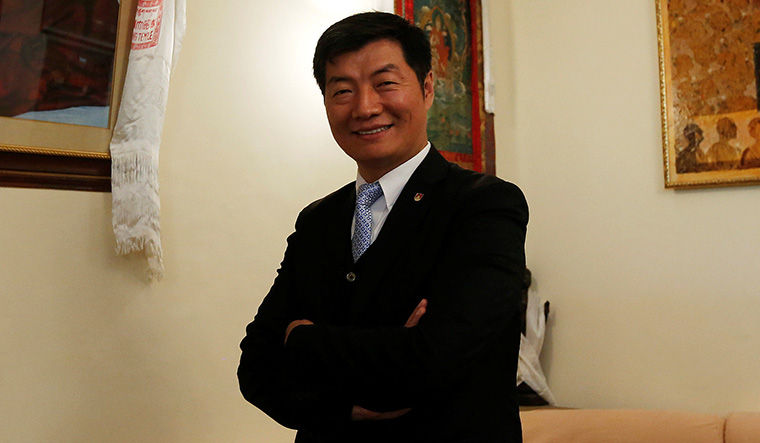 Robert Destro, the US coordinator for Tibetan issues met with the head of the Tibetan government-in-exile Lobsang Sangay on Thursday. This is the first meeting between the president of the Central Tibetan Administration with that of the US state department in six decades.

Sangay shared a picture of him with Destro on Twitter with a caption that read, “Great honour to meet with the Special Coordinator on Tibetan Issues Robert A Destro. This is the first time in six decades, a Sikyong (President) of the Central Tibetan Administration (CTA) was formally invited inside the State Department.”

Destro was appointed by US Secretary of State Mike Pompeo on October 14 with the hope that the former would advance dialogue with the Dalai Lama and oversee the use of compelled labour among ethnic minorities in China.

Sangay, who currently lives in India, also thanked US Secretary of State Mike Pompeo for appointing Destro as the special coordinator. Destro was part of a delegation visited Taiwan recently with US undersecretary of state for economic growth Keith Krach in August. Pompeo said that the US, “remains concerned with the PRC (People’s Republic of China)’s repression of the Tibetan community, including the lack of meaningful autonomy, the deteriorating human rights situation in Tibetan areas, and severe restrictions on Tibetans’ religious freedom and cultural traditions within China." China called the appointment an attempt to interfere in its domestic affairs.