California has faced more than 8,100 wildfires this year 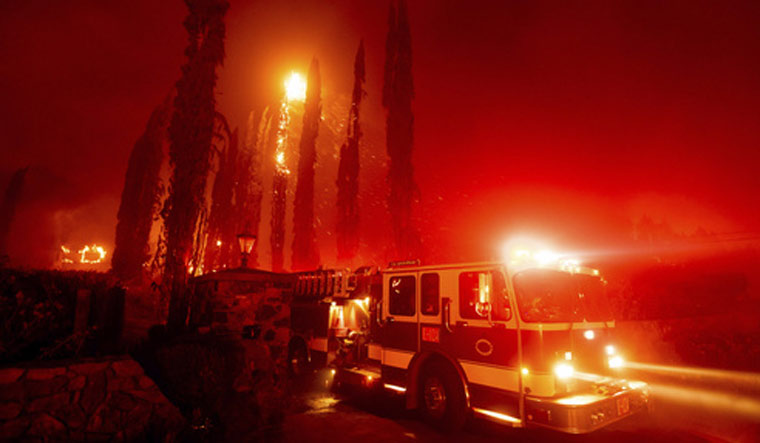 Two new fires have burned down nearly 10,000 acres in California on Sunday. A wind-driven wildfire, known as the Glass fire, forced the evacuation of several hundred homes and a hospital in the heart of northern California’s wine country.

The blaze broke out before dawn on Sunday near in Calistoga in Napa Valley, and raced toward the adjacent towns of Deer Park and St Helena and covered more than 2,500 acres, advancing a mile within the Adventist Health St Helena hospital. A fire dubbed as Zogg fire torched nearly 7,000 acres in Shasta county.

California has faced more than 8,100 wildfires this year and the battle against the wildfires continue.

Some 600 homes were under evacuation orders, with residents of roughly another 1,400 dwellings warned to be ready to flee at a moment’s notice. About 5,000 people were affected by evacuation notices, Terry Zander from the California Department of Forestry and Fire Protection was reported to be saying in a Reuters report.

There were no immediate reports of injuries, but several structures had been burned down. The cause of the fires is not known and is under investigation.

Over several years, the Napa Valley, renowned as one of California’s premiere wine-producing regions, has been plagued by a series of wildfire outbreaks in and around the Bay area.