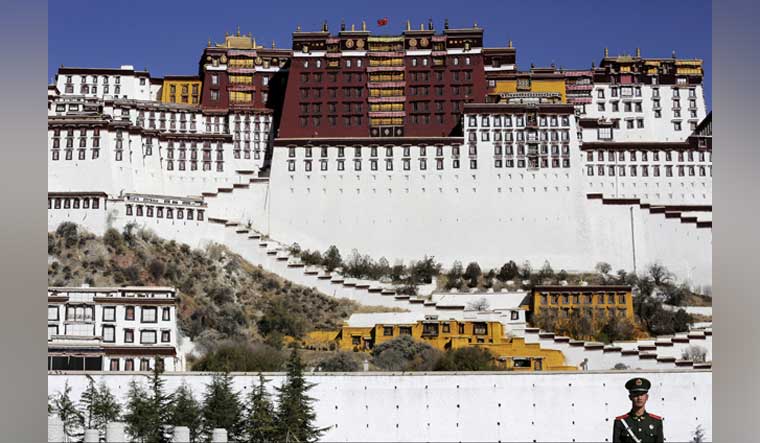 First Xinjiang and now Tibet: China has been sending lakhs of Tibetans into labour camps both inside and outside Tibet since the beginning of 2020, a new report reveals.

According to a report by Reuters, China has built military-style training centres where rural labourers are made into factory workers, mirroring a similar programme in the Xinjiang region.

Citing a notice posted on the website of Tibet’s regional government which said over five lakh people were trained as part of the first in the seven months since 2020 began—a number maknig up 15 per cent of the region’s population. Of these, almost 50,000 were transferred into jobs within while several thousand were sent to other parts of China.

Citing policy documents from government bureaus in Tibet and procurement requests between 2016-20, the Reuters report said Beijing has set quotas for the “mass transfer of rural labourers within Tibet and to other parts of China,” marking a “rapid expansion of an initiative designed to provide loyal workers for Chinese industry”.

The findings were compiled by Adrian Zenz, a Senior Fellow in China Studies at Victims of Communism, who called this the “strongest, most clear and targeted attack on traditional Tibetan livelihoods that we have seen almost since the Cultural Revolution of 1966 to 1976”.

Writing in the Jamestown Foundation, Zenz says, “The labor transfer policy mandates that pastoralists and farmers are to be subjected to centralized “military-style” (军旅式, junlüshi) vocational training, which aims to reform ‘backward thinking’ and includes training in ‘work discipline,’ law, and the Chinese language."

The Inter-Parliamentary Alliance on China (IPAC), a grouping of representatives from like-minded democracies who oppose China’s “challenge” to democratic values, has also released a statement condemning China’s human rights violations.

The IPAC representatives have called for “Magnitsky-style sanctions” to be imposed upon those responsible, and urges governments to revise their risk advice to businesses sourcing from areas affected by Tibetan and other Chines forced labour schemes.

In light of new findings on Tibet, 63 legislators representing 16 legislatures from @ipacglobal sign statement condemning Beijing's human rights violations in the region, calling for Magnitsky-style sanctions on those responsible, and for updated business risk advisories. pic.twitter.com/BAqweZqeYF

The US recently banned imports of five types of Chinese goods made at labour camps in Xinjiang, a list that includes cotton apparel, computer parts and hair products.

Responding to Reuters request for comment, China’s Ministry of Foreign Affairs denied the involvement of forced labour, saying the workers were voluntary and properly compensated.

“What these people with ulterior motives are calling ‘forced labor’ simply does not exist. We hope the international community will distinguish right from wrong, respect facts, and not be fooled by lies,” China said.