Ginsburg, a progressive judge, was nominated by Bill Clinton in 1993 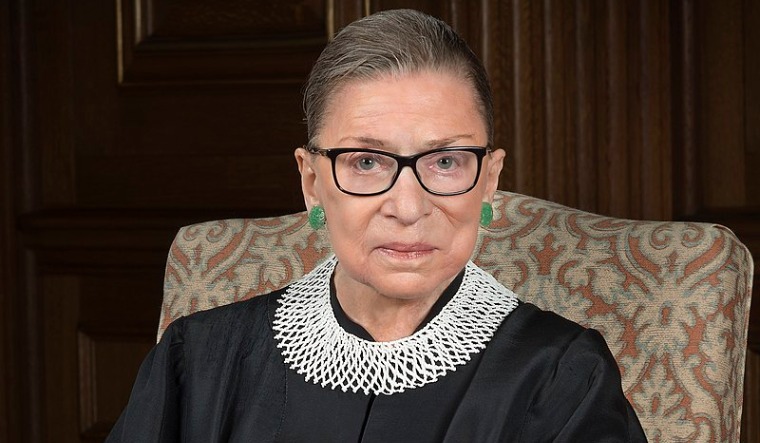 Supreme Court Justice Ruth Bader Ginsburg’s death is certainly a big loss to American society. The 87-year-old, nicknamed ‘notorious’, was the second women to be inducted to the Supreme Court. Now the race to replace Ginsburg, who was an inspiration to millions will hasten, as the Republican Party will want to nominate a candidate to the post.

Senate Majority Leader Mitch McConnell has vowed to bring to a vote whoever President Donald Trump nominates to this crucial post. Democratic presidential nominee Joe Biden, on the other hand, said, “voters should pick the president and the president should pick the justice to consider,” an AP report reads.

Biden compared the new vacancy to the situation after the death of conservative Justice Antonin Scalia, who died in February 2016, nine months before Trump won the elections. McConnell had then refused to take up President Barack Obama's nomination of Merrick Garland. "This was the position the Republican Senate took in 2016 when there were almost 10 months to go before the election. That's the position the United States Senate must take today,” Biden said. Biden, while talking of Ginsburg said, the justice was a "consistent and reliable and a voice for freedom and opportunity for everyone."

Ginsburg, a strong advocate of women's rights and progressive judge, was nominated by President Bill Clinton in 1993. Ginsburg died due to complications of pancreatic cancer.

When Trump heard about Ginsburg’s death he said, "She led an amazing life. What else can you say? She was an amazing woman, whether you agree or not. She was an amazing woman who led an amazing life. I'm actually sad to hear that." Ginsburg’s death and her replacement could have huge ramifications in the upcoming elections. If Republicans can choose her replacement, it would allow them to solidify a conservative hold over the Supreme Court, as it gives Trump the rare chance to nominate three justices in one term.

Trump nominated Neil Gorsuch to replace Antonin Scalia, and Gorsuch was confirmed in April 2017. In June 2018, when Anthony Kennedy announced his retirement, Trump nominated Brett Kavanaugh to take his place, who was confirmed in October 2018. Even before the news of Ginsburg's passing reached Trump, he bragged to supporters about naming Senator Ted Cruz as a potential nominee for the Supreme Court. “I’m putting Ted Cruz as one of the people for the Supreme Court. And you know why I did it? Because I wanted to make sure that I had somebody on the list ... We had about 45 unbelievable people… the smartest, the best, the absolute creme de la creme. The best minds in the country, conservative; they believe in the Constitution,” he was quoted as saying in a report by The Daily Beast.

It was Ginsburg’s dying wish that she should not be replaced by Trump. “My most fervent wish is that I will not be replaced until a new president is installed,” she told her granddaughter, Clara Spera, an NPR report reads.