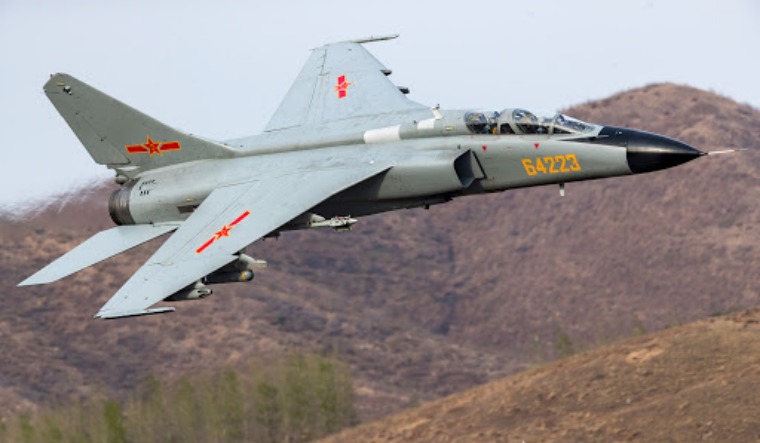 Indian and Chinese forces remain deployed along the Line of Actual Control (LAC) in Ladakh, despite the foreign ministers of both countries agreeing to cool tension.

The Indian Express reported on Wednesday that another incident of firing happened on the north bank of Pangong lake, "after the Chushul incident" and "was bigger in scale".

A government officer told The Indian Express both armies fired into the air on the " ridgeline where Finger 3 and Finger 4 merge before moving north as one ridge".

The officer noted "100-200 rounds" were fired by both sides on the north bank of Pangong lake.

Now, a popular Hong Kong-based media outlet has claimed the firing led to the Chinese military increasing its alert level. The South China Morning Post on Wednesday reported Chinese troops on the Ladakh border "raised their combat readiness to the second-highest possible last week after an exchange of gunfire, but the alert was lowered after a meeting of the nations’ foreign ministers".

"The increase, to second level, meant more weapons and troops were deployed to the front line, and training exercises were ramped up for commanders, officers and soldiers," a military source told the South China Morning Post.

The People's Liberation Army has four levels of combat readiness. "The first level is used only when military leaders are convinced an armed conflict is inevitable," the South China Morning Post reported.

The South China Morning Post reported the last time the PLA assumed the second-highest alert level in the region was "in 1987, when a skirmish in the Sumdorong Chu valley pushed the two sides to the brink of war".

"Since the combat readiness level was raised, commanders, officers and soldiers have been working around the clock, carrying out extra training and drills. The PLA mobilised more troops and weapons systems to the Line of Actual Control [the formal name for the disputed China-India border] in preparation for the worst," the South China Morning Post reported.

The publication stated that while the PLA's combat readiness level had been lowered following the foreign ministers' meeting in Moscow, "it could be reinstated if circumstances changed". “The level can be decided by troops on the border, as happened before the 1987 skirmish, when it was adjusted several times,” the South China Morning Post reported.

“The PLA’s JH-7 bombers at frontline airports are loaded with weapons, indicating they are ready for action, and one of the obvious signs the border air force is under second-level combat readiness,” Chang told the South China Morning Post. He added, “I am afraid the confrontations might become a regular thing, and turn the LAC into another Kashmir."

The JH-7 is one of the Chinese People's Liberation Army Air Force's main ground-attack aircraft, which is optimised for low-altitude missions.