17 killed as restaurant collapses in China 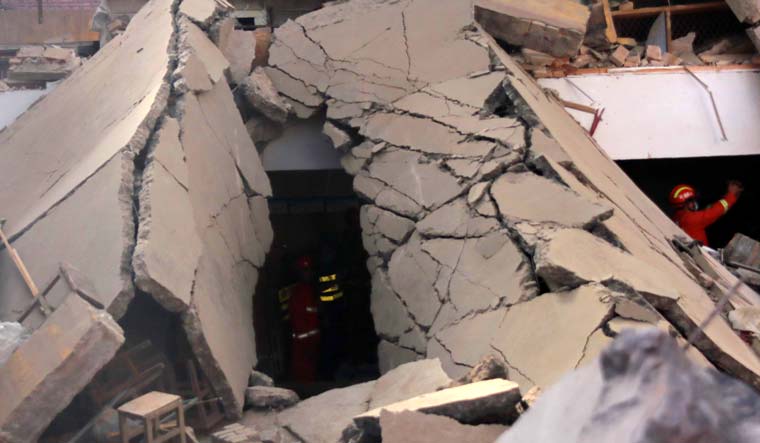 Rescuers search for victims in the aftermath of the collapse of a two-story restaurant in Xiangfen county in northern China's Shanxi province on Saturday, Aug. 29, 2020. More than a dozen were killed after the restaurant collapse during a gathering | Chinatopix Via AP

The accident took place at around 9:40 AM in Xiangfen county in the city of Linfen.

By 6:52 PM local time, 45 people had been pulled out of debris of the collapsed two-story building, state run Xinhua news agency reported.

As many as 28 people were injured, including seven critically, the rescue headquarters said, adding that 17 people have been killed.

The rescue operation was underway.

The reason for the collapse was not immediately known. PTI KJV   CPS CPS 08292044