Despite advances in weapons’ development, China continues to import from Russia 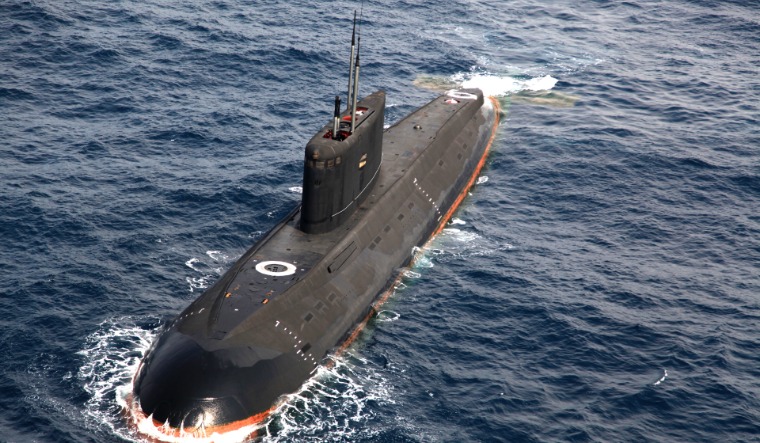 Russia has remained India's largest supplier of weaponry since the 1970s. In recent decades, irritants have emerged in the India-Russia strategic relationship. These include India purchasing weapons from the US and continued disputes over performance and reliability of Russian equipment. Another key irritant has been Russian arms sales to China, and, more recently, Pakistan.

On Tuesday, Russia's Sputnik news agency quoted an official as saying Russia was designing a 'non-nuclear' submarine with China. Viktor Kladov, Director for International Cooperation and Regional Policy of the state arms export corporation Rostec, told Sputnik, "We are currently cooperating with the Chinese side on a joint project of a new generation non-nuclear submarine. For now, it is too early to talk about the deadlines for the completion of works."

Kladov was speaking on the side-lines of an arms exhibition in Moscow. Kladov said Russia was cooperating with China on weapons for land, aerial and naval use.

On Monday, the chief designer of Russia's 'missile attack warning' system said Russia had made progress in assisting China's development of a similar system. The missile attack warning system monitors for and provides early warning about launch of enemy nuclear missiles using long-range radars, satellites and other sensors.

CEO of Vympel Company Sergei Boyev told TASS "Today we are carrying out work in a whole number of areas, on the elements [of the system] under the contracts signed, in particular, in the area of space control. There are certain successes, certain results." He added "Cooperation is proceeding in a planned manner".

TASS explains Russia's early warning system is "designed to warn about attacks on state and military command centres and provides data for Moscow’s anti-ballistic missile defence, as well as information on space objects for space control facilities. The system comprises the ground and space-based echelons. The ground-based component consists of a network of radar stations and is capable of detecting missiles in their flight path at a distance of up to 6,000km."

Despite significant advances in development of most land, air and naval weaponry, China continues to purchase weapons from Russia. Starting in the mid-1990s, China had purchased up to 12 'Kilo' class conventional submarines from Russia. Incidentally, the Indian Navy has operated the same class of submarine since the late 1980s.

In the past decade, China revealed a new class of submarine called the 'Yuan' class, which analysts claimed had incorporated features of the Kilo class. By 2017, China is estimated to have built at least 12 Yuan class submarines. China is also supplying a version of the Yuan class submarine to Pakistan, which will buy eight such vessels.

Despite concerns over China 'stealing' Russian technology, Moscow has continued to export arms to Beijing. China was the first export buyer of the Su-35 fighter and S-400 air defence system.

However, the overall value of Russian arms sales to China has declined. According to the Center for Strategic and International Studies, "Russian arms sales to China averaged $2.6 billion through the 2000s, reaching a peak of $3.2 billion in 2005. This figure dropped significantly, averaging $816 million between 2010 and 2018. As a result, China’s share of Russian arms exports has declined from 47.7 percent of total sales in 2006 to 13.7 percent in 2018."