The president said that Harris wasn’t born in the US 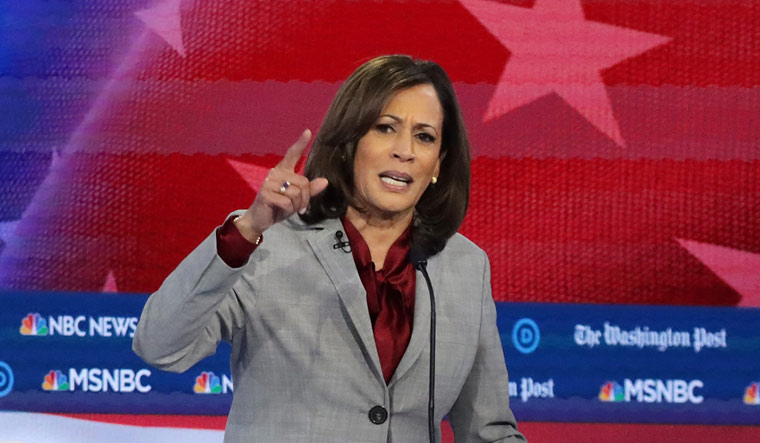 After spending years pushing lies about the birthplace of former president Barack Obama, US President Donald Trump is floating a new birther lie about Democratic vice presidential nominee Kamala Harris.  With president Obama, Trump said he was ineligible because of his birthplace—Kenya. But the same cannot be said for senator Harris, who was born in Oakland, California.

Trump, however, seems blissfully unaware of the same. Basing his claims on a Newsweek article, where Chapman University professor John Eastman says Harris isn’t qualified, Trump said, “I heard today that she doesn't meet the requirements.” He later said, Harris doesn’t qualify because she “wasn't born in this country”.

Eastman, in the Newsweek opinion piece, cites Article II of the US Constitution's wording that "no person except a natural-born citizen… shall be eligible to the office of President". He further adds that the 4th Amendment to the Constitution says "all persons born… in the United States, and subject to the jurisdiction thereof, are citizens".

Eastman’s argument draws on the premise that Harris may not have been subject to US jurisdiction if her parents were on student visas at the time of her birth.

But the fact that Harris's parents were immigrants—her father came from Jamaica, her mother from India—does not change the fact that she is indisputably eligible, a CNN report reads.

According to a constitutional expert quoted in a BBC story, Eastman's argument about Harris' eligibility was "truly silly". Erwin Chemerinsky, the dean of Berkeley Law School, said, "Under section 1 of the 14th Amendment, anyone born in the United States is a United States citizen.” This citizenship precedent has been held true by the Supreme Court since the 1890s, making Harris a US citizen.