The previous Sirisena govt signed a memorandum with India, Japan to develop the ECT 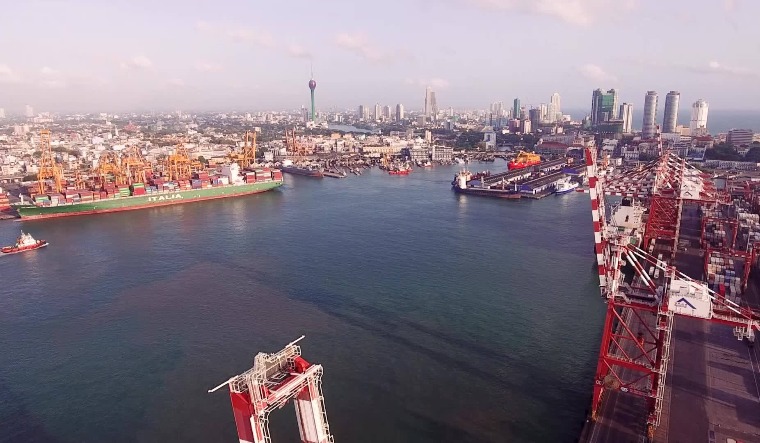 Workers at the strategic Colombo Port called off their strike on Sunday following a meeting with Prime Minister Mahinda Rajapaksa, a day after they demanded a "written pledge" from the Sri Lankan president that the country's largest port's Eastern Container Terminal would not be handed over to India.

At least 23 trade unions launched the strike on Friday demanding the sale of the Eastern Container Terminal (ECT) to India be terminated, and its operations be taken over by the Sri Lanka Ports Authority.

The previous M. Sirisena government signed a "memorandum of cooperation" (MOC) with India and Japan for a tripartite effort to develop the ECT, which is located just next to the $500 million Chinese-run Colombo International Container Terminal (CICT).

Although the MOC was completed last year, a formal agreement for the terminal's development is yet to be signed and the trade unions are pressing the government to abandon the MOC and develop the terminal as a 100 per cent Sri Lankan venture.

A special discussion was held with Prime Minister Mahinda Rajapaksa at the Carlton House in Tangalle on Sunday morning regarding the relevant trade union action. The trade unions said they had decided to suspend their protest as the talks were successful, the Daily Mirror reported.

The reports, however, did not elaborate on what prompted the workers to end their strike.

Minister Wimal Weerawansa and former parliamentarian Udaya Gammanpila met the protesters on Friday and sought an end to the strike. However, the attempt was futile.

As the protest continued, the police on Saturday obtained a court order preventing the protesters from blocking access routes to the port, the Colombo Gazette reported.

The workers said on Saturday that they will continue the strike until President Gotabaya Rajapaksa met them and agreed to their demand that the ECT would not be privatised by giving it to India.

President Gotabaya Rajapaksa has already appointed a five-member committee to examine and report on the concerns regarding the development of the Jaya Container Terminal (JCT) and ECT of the Colombo Port.

President Gotabhaya Rajapaksa said at an election rally in Badulla Saturday that every time a patriotic leader is elected to the highest office in the country, eventually, conspirators and extremists would emerge to sabotage their policies and vision.

Commenting on the strike launched by the port workers, the president said a group of people had created a needless crisis.

He said no matter what conspiracies were launched, no one can intimidate him by such acts of sabotage, the Colombo Page reported.

The trade unions had staged a protest earlier last month but suspended it following assurances from Prime Minister Mahinda Rajapaksa.

The workers launched the 'Black Week' protest on July 23, alleging that the government had reneged on the pledge to make the ECT operational as a Sri Lankan venture.

They said that one of the solutions offered at the earlier meeting with the prime minister was to install three newly-imported gantry cranes at the ECT, which is not being fulfilled due to the deliberate delay in work.

Earlier this month, the prime minister told reporters that no final decision had been made yet to hand over the development of the ECT to India.

"This was a diplomatic agreement with India signed by the last government—an agreement between President Sirisena and Prime Minister (Narendra) Modi," he had said.

The trade unions were protesting against the alleged "Indian pressure" to prevent Sri Lanka from developing the ECT on its own.

They have called for expediting the development of the East Terminal and are against handing it over to a foreign country.

Colombo Port is the largest and busiest port in Sri Lanka. Located on the southwestern shores on the Kelani River, it serves as an important terminal in Asia due to its strategic location in the Indian Ocean.