96 of the 102 domestically transmitted cases were reported in Xinjiang 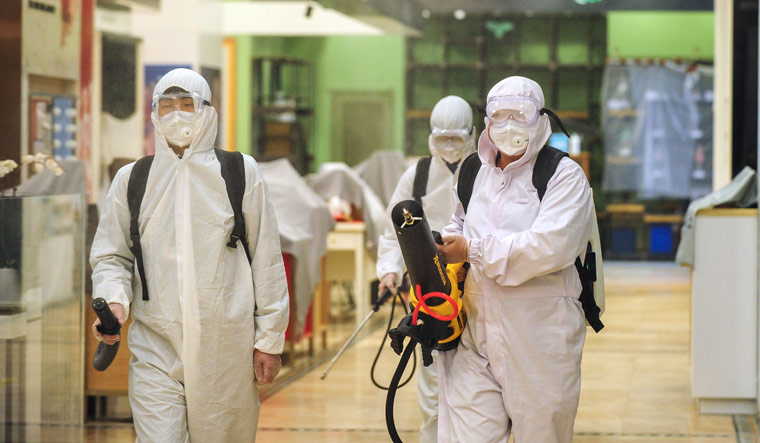 Ninety-six of the 102 domestically transmitted cases were reported in Xinjiang Uighur Autonomous Region, five in Liaoning Province, and one in Beijing Municipality, and one new suspected COVID-19 case imported from abroad was reported in Shanghai Municipality.

By the end of Wednesday, a total of 2,059 imported cases had been reported on the mainland, an AP report read. According to health authorities, there were two more suspected COVID-19 cases. “A total of 17,595 medics have been mobilised to conduct nucleic acid tests at 2,698 testing sites across the city, with nearly 3.53 million samples collected by midnight Tuesday,” Zhao Lian, deputy director of the municipal health commission.

The commission said 584 people were discharged from medical observation Wednesday and 21 new asymptomatic cases, including one from outside the mainland, were reported, while, 12 asymptomatic cases were re-categorised as confirmed ones.

Around 280 asymptomatic cases, including 90 from outside the mainland, were still under medical observation. Spikes in novel coronavirus infections in Asia have dispelled any notion the region may be over the worst, with Australia and India reporting record daily infections and Vietnam fretting over a new surge and North Korea urging vigilance. Besides, recent flare-ups in China show the danger of health, as well as government officials, being complacent.

Prime Minister Nguyen Xuan Phuc said every province and city was at risk, of the resurgence. Isolated North Korea was on alert after a defector suspected of having the virus sneaked back in from South Korea, a Reuters report read.