25 years since Srebrenica, rising tension in the Balkans explained

A short history of Balkans conflict, and how China, Russia now figure in the equation 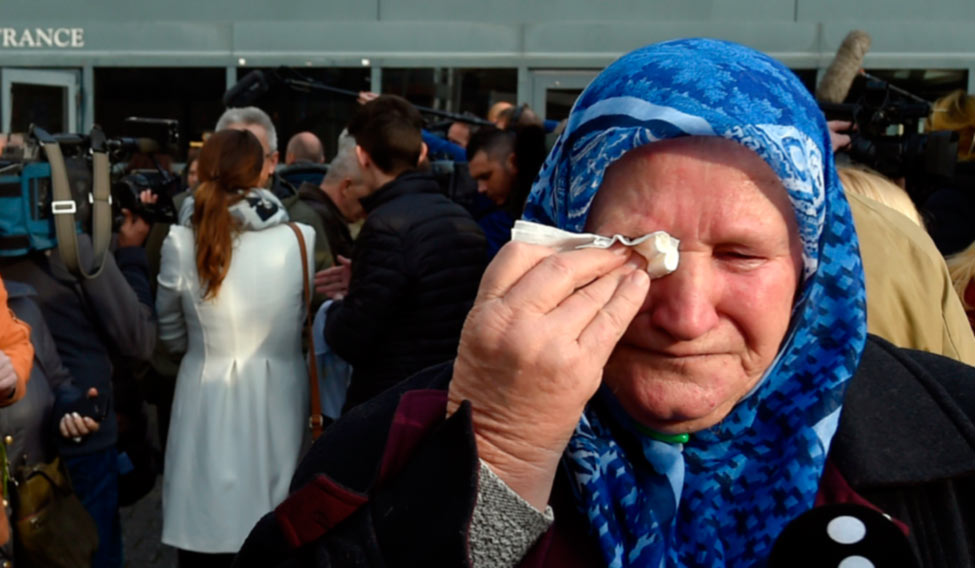 Amid simmering tension in the Balkans, Serbia announced it will strengthen its armed forces and is seeking to purchase more warplanes. Serbian President Aleksandar Vucic said initiatives have been made to buy a fleet of fighter-bombers, accusing the US and other Western countries of arming Serbia's NATO neighbours and its breakaway former province of Kosovo. "The Americans, Turks and Germans are taking care of their beloved child," Vucic said, referring to Kosovo.

The region seems to be on the boil once more, on the 25th anniversary of the Srebrenica massacre, an everlasting reminder of the extremes of the Balkans wars in the early 1990s.

Vucic said the US has recently delivered a number of armoured vehicles to Kosovo's security forces. During a tour of a Serbian army tank brigade, the Serbian premier said his country cannot compete with NATO donations to its neighbors when it comes to weapons, therefore they must do it alone.

It was reported by multiple media outlets that Vucic has requested the United States for 20 fighter planes. However, the US has not yet responded. It is a double-edged weapon; if Washington refuses Serbia's request, it could push Vucic further into the embrace of China and Russia, which are increasingly arming the region.

A short history of the Balkans war

After the Second World War, the socialist state of Yugoslavia was created, stitiching together a pack of feuding ethnicities in Serbs, Slovenes, Croats, Bosnian Muslims and Kosovar Albanians under the leadership of President Tito. With sufficient freedoms and a relaxed regime, Tito was able to maintain peace between all the groups.

After Tito's death in 1980, old tensions re-emerged in the form of renewed calls for autonomy and independence from Yugoslavia. Croatia declared independence, as did Slovenia and Bosnia. What followed later was a series of brutal crackdown measures by the Yugoslavia army, which comprised mainly of the Serbs. The United Nations intervened with various measures, but to no avail.

Take the case of Bosnian war. The country is a very diverse mix of Serbs, Croats and Bosniak Muslims, the latter bearing the biggest brunt of the Serb crackdown. The Serbs in Bosnia, hand-in-hand with the Yugoslav army, pushed back against calls of independence from the Muslims and the Croats.

Then followed massive violence, including the Srebrenica massacre. Bosnian Serb forces pushed non-Serbs out of territories they sought for their Serb statelet. Fleeing Muslims took shelter in several eastern towns, including Srebrenica, that were designated as a United Nations "safe zones". On July 11, 1995, the Serb forces commanded by General Ratko Mladic overran Srebrenica, which was protected by lightly armed Dutch peacekeepers. They sent women and children away and captured and executed the men and boys they found. The bodies were dumped into mass graves and later exhumed by UN investigators.

NATO intervened, bombing the Serbs and putting them on the backfoot. The war ended with the independence of Croatia, Bosnia, Slovenia, Macedonia and Montenegro.

The UN war crimes tribunal convicted Mladic and his political chief Radovan Karadzic over Srebrenica genocide but they remained heroes for Serbs, many of whom deny that genocide happened.

Tensions between Serbia and Kosovo

Years after the Bosnian war, in 1999, Kosovo's ethnic Albanians faced off against Serbs in another independence war; soon, the province of Kosovo was transferred to United Nations administration. In 2008, Kosovo declared independence. However, Serbia still views its former province as part of its territory.

As a European Parliament report noted, over 100 countries, including 23 EU member states, have recognised Kosovar independence, but full recognition and membership of most international organisations are still a long way off. Serbia aspires to be an EU candidate, but the Europeans have mandated that Belgrade normalise its relations with Kosovo first. As the parliament report notes, it could be easier said than done as tensions still prevail in a lot of spheres.

A major area of friction pertains to Kosovo's significant Serb minority, concentrated in the north; Kosovo still struggles to control the region. Numerous measures, even a territorial swap with Serbia, was mooted, but relations are now at a standstill.

China and Russia in the Balkans equation

Despite formally seeking to join the European Union, Serbia's populist leadership under Vucic has further strengthened close political and military ties with the Kremlin and Beijing. Russia and China, in return, don't accept Kosovo's independence, which is recognised by the US and most of the Western countries.

In case Washington turns down Belgrade's request for warplanes, it is likely that Vucic will turn to Russia for its Sukhoi-25s. Serbia recently received a sophisticated anti-aircraft system from Russia, which has also provided fighter jets, attack helicopters and armored vehicles. Another Serbian ally, China, has delivered military drones.

US officials have in the past spoken openly about introducing sanctions against Serbia if Moscow sends more arms to the country, especially those that could jeopardise the security of neighbouring NATO-member states. The Russian and Chinese arming of Serbia is being watched with unease in the West and among Serbia's neighbors.