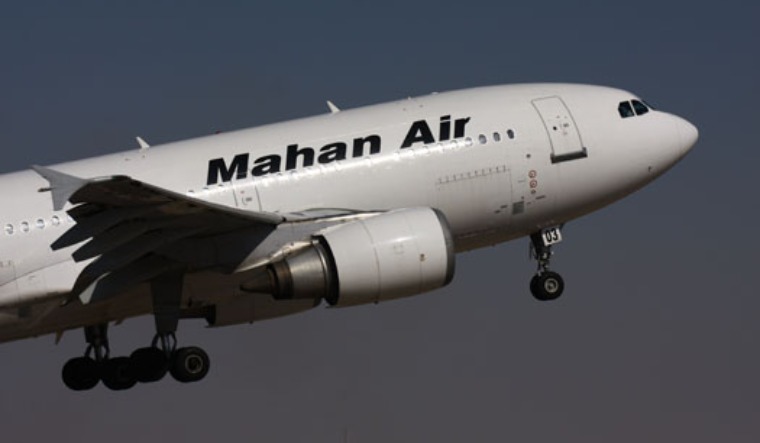 Several passengers travelling on an Iranian passenger jet from Tehran to Beirut in Lebanon were injured when its pilot suddenly changed altitude in order to avoid a US fighter jet over Syria on Thursday.

According to Iran's foreign ministry, the pilot of the Mahan Air Flight staged a "safety manoeuvre". Initially, Iranian media claimed the passenger jet was approached by Israeli fighter jets.

"Passengers then screamed as sudden turbulence seized the plane. In the aftermath, one video showed a passenger with his face and head bloodied, as well as a man lying down, apparently unconscious, while someone tended to him. Oxygen masks dangled overhead," The New York Times reported.

The US military's Central Command issued a statement later in the day that said two US Air Force F-15 fighter jets were on a "routine air mission", when the Mahan Air flight passed near the At Tanf military base in southern Syria.

US fighter jets fly daily patrols over At Tanf, which houses around 200 US troops engaged in training Syrian forces fighting the Islamic State.

Captain Bill Urban, a senior Central Command spokesman, was quoted by Reuters as saying one of the F-15 fighters “conducted a standard visual inspection of a Mahan Air passenger airliner at a safe distance of about 1,000 meters (3,280 feet) from the airliner this evening.”

“The visual inspection occurred to ensure the safety of coalition personnel at At Tanf garrison. Once the F-15 pilot identified the aircraft as a Mahan Air passenger plane, the F-15 safely opened distance from the aircraft," Urban said.

Aircraft flying at an altitude of over 34,000 feet are required to maintain a distance of at least 600 metres to avoid collision.

The aircraft landed safely in Beirut and returned to Tehran.

Interestingly, both the US and Israel have alleged Mahan Air has been ferrying weaponry to Iranian proxy forces in Syria and other countries. The US had imposed sanctions on Mahan Air in 2011 for alleged links to the Iranian Revolutionary Guard Corps.