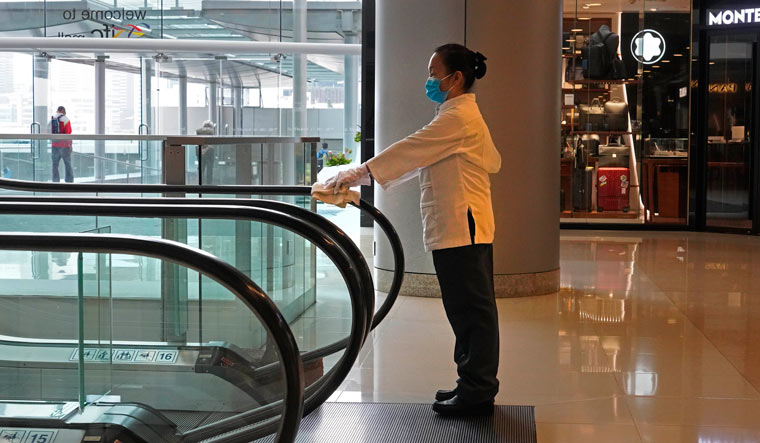 Hong Kong authorities have warned of a potentially exponential growth in the number of coronavirus cases after reporting a second day of rising local infections. A total of 19 new cases of positive coronavirus cases were found in the city, according to government officials, a Bloomberg report reads. Six of these are of unknown origin.

On Tuesday, nine new cases were reported and five of those were of unknown origin.

Reports of new infections disrupted the long streak of virus-free weeks that had allowed the financial hub to resume normal activities.

Hong Kong had successfully quelled two waves of infection in February and April. It had reported a total of 1,323 positive cases.

The pandemic seems far from over as another nation that had seemingly overcome the virus—Australia saw some new cases as well. Several cases in cases in Hong Kong have been linked to renewed traffic to restaurants, as people remove their masks to eat and drink, said, health officials.

Classes have been suspended in 13 institutions and people are being barred from visiting centres that care for the elderly after a few cases were found there.

“We are worried that there may be a major community outbreak because of so many unknown sources,” Chuang Shuk-kwan, an official with the Department of Health was quoted as saying in a Bloomberg report, urging a re-tightening of social distancing measures.

Vigilant quarantine of those who came in from foreign countries, rules imposed for social distancing and other measures like insistence of wearing masks in public places, is what made it possible for Hong Kong authorities to reign in the epidemic the first time around.