Myanmar: Over 100 killed in jade mine landslide 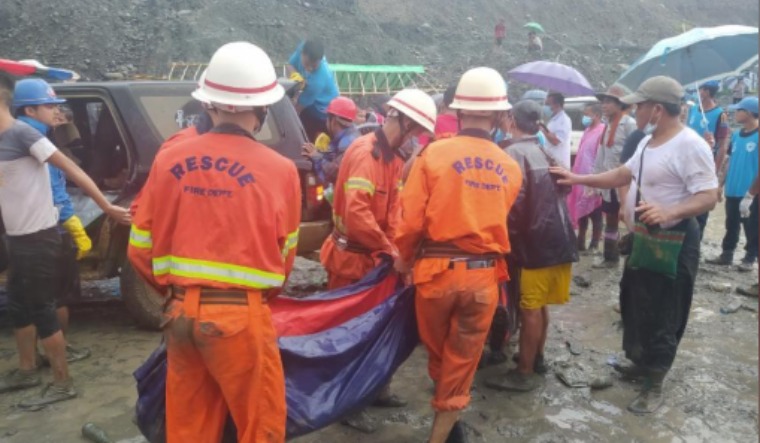 Rescue workers at the mining disaster site in Kachin | Reuters

More than 100 people have been killed and several more are missing after a landslide hit a jade mine in Kachin state of Myanmar on Thursday morning.

Reuters reported that a pile of mine waste "collapsed into a lake, triggering a wave of mud and water that buried scores of workers". The miners were collecting stones in the jade-rich Hpakant area of Kachin when the "muddy wave" hit them. The wave was triggered by heavy rain. Hpakant is 950 kilometres north of Myanmar's biggest city, Yangon, and is the centre of the world's biggest and most lucrative jade mining industry.

A local official told Reuters that rescuers had "recovered more than 100 bodies” and added, “Other bodies are in the mud. The numbers are going to rise.” The Associated Press quoted a local official as saying 54 injured people had been sent to three hospitals, while a local media outlet reported 200 people had been unaccounted for.

Landslides and accidents are a common occurrence in the mining sector in the region. Reuters reported that most of those killed in such accidents are "freelance jade pickers" who look for residual material left behind by larger operators. The government of Aung San Suu Kyi had pledged to improve regulation in the mining sector when it took office in 2016, but little appears to have improved on the ground.