Six people were injured including a police officer 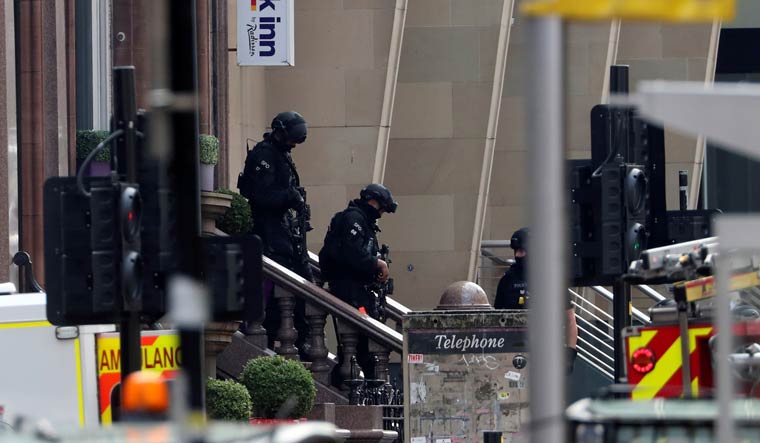 Three people are feared dead in a knife rampage in a hotel in the Scottish city of Glasgow on Friday and a male suspect has been shot dead by armed police.

Police Scotland said that six people injured in the incident remain in hospital, including a police officer who remains in a critical but stable condition.

"The individual who was shot by armed police has died. Six other people are in hospital for treatment to their injuries including a police officer, who is in a critical but stable condition,” said Assistant Chief Constable Steve Johnson of Police Scotland.

Earlier, Police Scotland had said that the situation in the city centre of Glasgow has been brought under control as no further suspects are sought.

“I would like to reassure the public that this is a contained incident and that the wider public is not at risk. Armed police officers attended the incident and I can confirm that a male suspect was shot by an armed officer," said ACC Steve Johnson.

“I would like to reassure the public that at this time we are not looking for anyone else in relation to this incident," he said.

According to yet to be confirmed reports, three people died following a stabbing on a stairwell inside the Park Inn hotel in what is usually a busy shopping district in the heart of Glasgow.

However, due to the coronavirus lockdown, the hotel is not believed to be functioning in its usual capacity and was possibly being used as some sort of a shelter.

British Prime Minister Boris Johnson and UK Home Secretary Priti Patel both took to social media to praise the brave police officers and to urge the public to avoid the scene of the incident.

“Deeply saddened by the terrible incident in Glasgow, my thoughts are with all the victims and their families. Thank you to our brave emergency services who are responding,” said Johnson.

“Deeply alarming reports coming from Glasgow. Please follow police advice and avoid the area. Thoughts are with the emergency services as they continue to respond to this incident,” noted Patel.

Police Scotland have yet to confirm the details and nature of the incident as a heavy armed police and ambulance presence remains in the city centre of Glasgow on West George Street.

The Scottish Police Federation had earlier confirmed a police officer was among the injuries in the “stabbing incident” in Glasgow city centre.

Scotland First Minister Nicola Sturgeon took to Twitter to urge people to stay away from the area and allow the emergency services to carry out their job.

“The reports from Glasgow City Centre are truly dreadful. My thoughts are with everyone involved. I am being updated as the situation becomes clearer,” she said