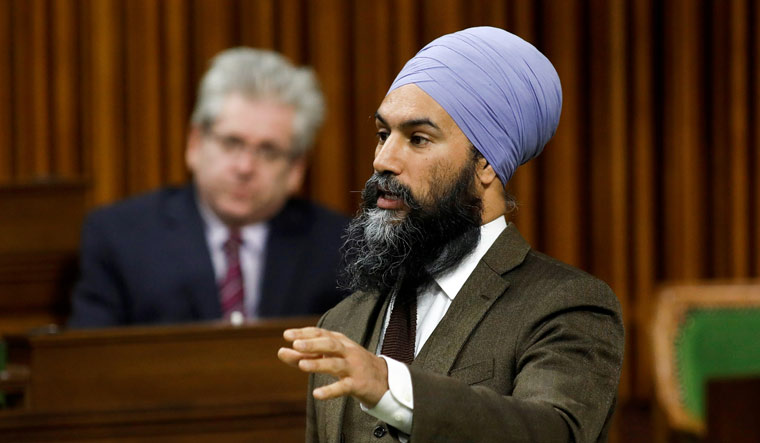 Prime Minister Justin Trudeau backed Bloc Quebecois party head Yves-Francois Blanchet, who defended MP Alan Therrien. Therrien was called a racist by Singh and was as a result ejected from the Parliament for rest of the day.

Singh a Sikh and first member from a minority community to lead a federal political party in Canada wears symbols of his religion and is seen pairing colourful turbans with suits.

“Recognizing systemic discrimination is the important first step towards being able to address it,” Trudeau said.

“There are conversations that have to happen if we want to move forward as a country,” he added. Trudeau also added that it was not his place to criticize a racial minority's expression of a “lived reality” of racism.

After calling Therrien a racist, Singh was quoted in a Reuters report as saying, "In that moment, I saw the face of racism."Many Canadian cities have been the sites of anti-racism rallies in recent weeks, on the heels of similar protests in the United States.”

Blanchet said, “I hope that the leader of the NDP will apologize sincerely, and if not, I hope the president of the House of Commons will be quite severe.” He further added that if the penalty is limited to not being allowed to be in the room for a day or not allowed to speak, others will feel entitled to do the same.”

Canada is a multicultural country, with more than 22 per cent of the population is made up of minorities and another 5per cent aboriginal, according to the latest census.