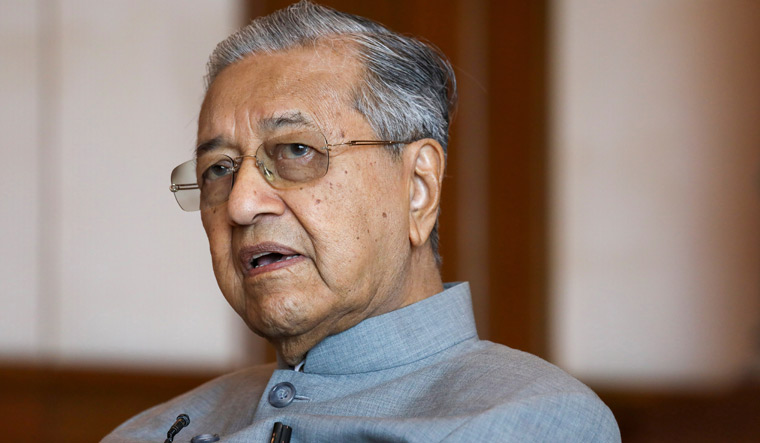 Mahathir Mohamad, 94, was on Thursday expelled along with four other MPs from the ruling Bersatu party after he defied Prime Minister Muhyiddin’s leadership by crossing the floor in parliament to sit with the opposition members on May 18.

Mahathir was himself ousted from power in February after a coalition he helped put together to win the 2018 election fell apart. As the country’s longest-serving prime minister (in office from 1981 to 2003), he had come out of retirement in 2018 to challenge the Barisan Nasional coalition—his former party—that had ruled Malaysia since 1957.

His removal on Thursday from Bersatu was accompanied by a letter from the party that was widely circulated on social media, which said that Mahathir had violated the party’s constitution. On May 18, Mahathir sat with the opposition bloc in parliament instead of with the Perikatan Nasional coalition led by Bersatu president Muhyiddin,

Mahathir later proposed a motion of no-confidence against Prime Minister Muhyiddin, which was accepted by the speaker. However, a parliamentary sitting that could have precipitated a vote of no-confidence was turned to an address by King Abdullah, which led Mahathir to declare that "democracy is dead" in Malaysia.

His opposition to Muhyiddin stems from the latter’s decision to bring Bersatu into a coalition with the Barisan Nasional (BN) and Parti Islam Se-Malaysia (PAS) parties. Mahathir opposed going into an alliance with the United Malays National Organisation, which had been accused of graft in the run-up to the 2018 election.

The four MPs who were expelled along with Mahathir say the decision to remove them was illegal. In a joint statement, they said, "We do not accept these wrongful dismissals as they are clearly against the law and strip away our right to act...not just for ourselves but for all grassroots members of Bersatu."