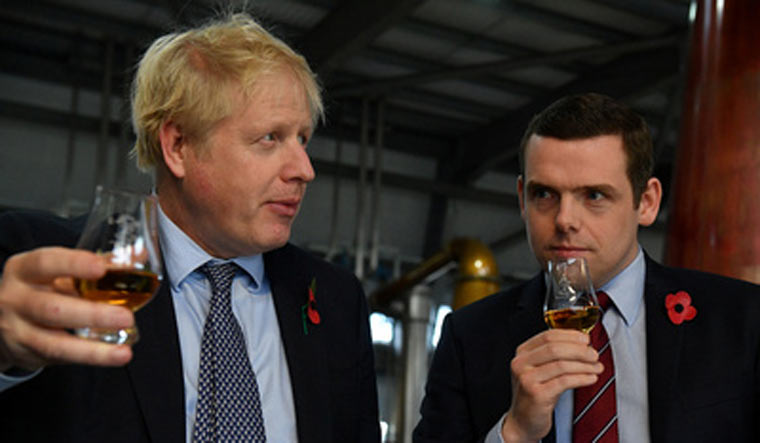 A junior minister in Boris Johnson's Cabinet resigned from his post on Tuesday in protest against the UK Prime Minister's support of his top aide, Dominic Cummings, over a perceived breach of the strict stay-at-home COVID-19 lockdown rules.

Johnson's embattled chief strategy adviser faced a volley of hostile questions from the media on Monday evening when Downing Street took the unusual step for a staffer to address his own press conference amid growing anger from all sides of the political spectrum, including Johnson's own Conservative Party.

One of the many Tory members of Parliament voicing their concern, Under Secretary of State for Scotland Douglas Ross, decided to step down from government, saying Cummings' interpretation of a 400km drive to his parents' home at the peak of the crisis was not shared by the majority of people.

“While the intentions may have been well meaning, the reaction to this news shows that Mr Cummings' interpretation of the government advice was not shared by the vast majority of people who have done as the government asked,” he said in his resignation letter, made public on social media.

Cummings had defended his trip to Durham in north-east England on March 31, and a subsequent shorter drive for what he said was to test his eyesight, as a reasonable move in order to seek childcare for his four-year-old son when he and his wife feared being very ill with coronavirus.

“As a father myself, my instinct is always to do what is best for my son and wife. We have been fortunate not to have caught this awful virus but if we did, we are prepared to follow the government advice and stay at home to contain the virus,” Douglas Ross said.

Ross said he had constituents who had faced considerable hardship through the lockdown but stuck to the rules.

“I cannot in good faith tell them they were all wrong and one senior adviser to the government was right,” he said.

Johnson has been under considerable pressure to sack his adviser but was hoping the lengthy press conference by Cummings to explain his side of the story would help draw a line on the controversy. But the resignation is unlikely to help shift focus away from the damaging headlines since the weekend, with critics saying Cummings' actions risk undermining the government's public health messaging.