White House recommended a round of testing for nursing home residents, staffers 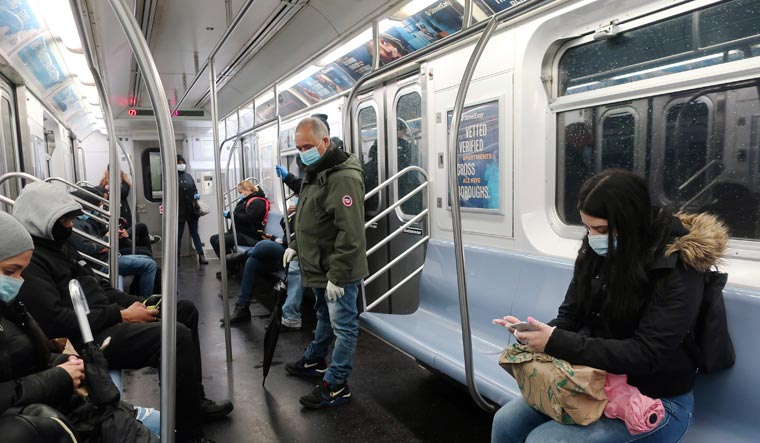 New York City, hit hard by the coronavirus pandemic, is still weeks away from a phased reopening by the first half of June, Mayor Bill de Blasio has said, as authorities are trying to meet all the seven health-related measures necessary for such a step.

New York City, the epicentre of the COVID-19 pandemic in the US, has 191,073 coronavirus cases and 15,983 confirmed COVID-19 deaths, which are deaths following positive COVID-19 laboratory tests.

New York Governor Andrew Cuomo has said that regions across the state will have to meet seven criteria before they will be allowed to gradually reopen businesses and institutions.

He emphasised that the city will evaluate very carefully regarding if and when it is ready to open up. “We've got to then make decisions on exactly which restrictions to loosen up, exactly how, and we have to be confident that when we're doing it, we can hold the line. We do not want to reduce restrictions and suddenly see an upsurge that puts us right back in a situation where we have to close down. So there's a real subtle balance that needs to be struck,” Cuomo said.

New York has now shifted its focus to nursing homes, where the outbreak has killed more residents than in nursing homes in any other state. State and city officials have announced that there would be bi-weekly testing for the staff of nursing homes.

The White House had last week, recommended a round of testing for all nursing home residents and staffers. Starting next week, 169 nursing homes citywide will be provided with testing kits, if they request for it, de Blasio said.

The city’s testing initiative is being commended by nursing home industry groups, but, they said that it didn’t resolve all their concerns about staffing and the costs of testing.

The US has reported more than 34,000 coronavirus-related deaths at nursing homes and other long-term care facilities.  Of these almost 5,700 deaths have been from nursing facilities in New York state.

Residents, watchdogs and politicians from both parties have criticised Governor Andrew Cuomo’s administration for not putting enough emphasis on testing and otherwise protecting the homes’ vulnerable residents until thousands had died.

According to an industry expert, it could cost about $60 million to conduct and process roughly 400,000 employee tests a week in New York. And Governor Cuomo has set an aggressive standard by asking nursing home staff to get tested twice a week.

But the state government has said that they can bill testing costs to insurers and the state was delivering 320,000 test kits to nursing homes and private labs were being prepped to process 35,000 nursing home tests a day. The state further added that the government will help to get them reimbursements if insurers baulked.

In an AP report, Neil Heyman, who heads the Southern New York Association of about 60 nursing homes in and around New York City, was quoted as saying, the new impetus on providing testing was welcome, whatever the start date.