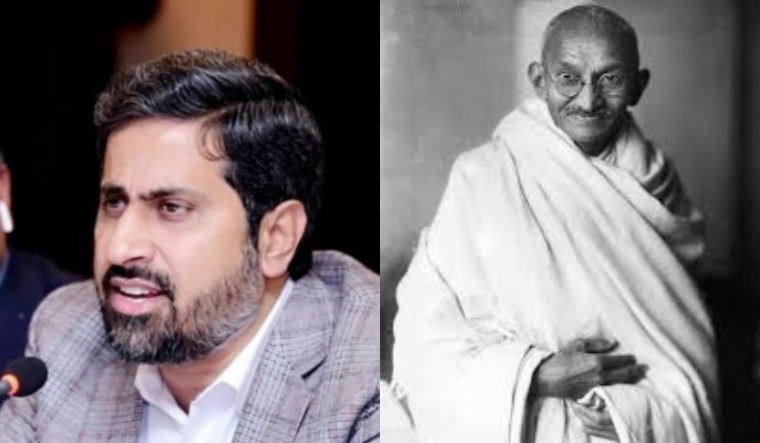 The rhetoric from Pakistan on Jammu and Kashmir has remained shrill ever since the Narendra Modi government abrogated Article 370 in August last year. From alleging that the dispute could trigger nuclear war to scare-mongering over genocide of Muslims, a host of Pakistani political figures, including Prime Minister Imran Khan, have kept up the rhetoric.

Now, a minister in the provincial government of Punjab is using Mahatma Gandhi to argue Pakistan's 'case' on Jammu and Kashmir. Fayyazul Hassan Chohan, a member of Imran Khan's PTI party, is the information minister in the Punjab government.

Fayyazul Hassan Chohan tweeted, "These are the views of Mahatma Gandhi, the founder of India, regarding the Muslims of Kashmir and secularism." He tagged Prime Minister Narendra Modi and Uttar Pradesh Chief Minister Yogi Adityanath, adding Muslims were being persecuted in India.

Interestingly, the remarks by Mahatma Gandhi were made shortly after tribesmen, backed by Pakistan, invaded Kashmir on October 22, 1947. On October 26, the then maharaja of Kashmir signed the instrument of accession to India, formally joining the Union.

According to the book Gandhi Marg, Mahatma Gandhi had criticised Pakistan's invasion of Kashmir noting, "Today it is Kashmir. Tomorrow it can be Hyderabad. Next it may come to Junagarh or some other state."

Chohan has been a critic of the Modi government. In April, he alleged Hitler's fascist ideology had replaced Mahatma Gandhi's teachings. In September last year, Chohan claimed the RSS had killed Mahatma Gandhi because he used to talk about humanity.

Fayyazul Hassan Chohan has had a less-than-stellar past. Chohan was forced to resign from his post in March last year for referring to Hindus as "idol worshippers". However, he was back as a minister in December that year.