France extends lockdown till May 11; UK to announce extension soon 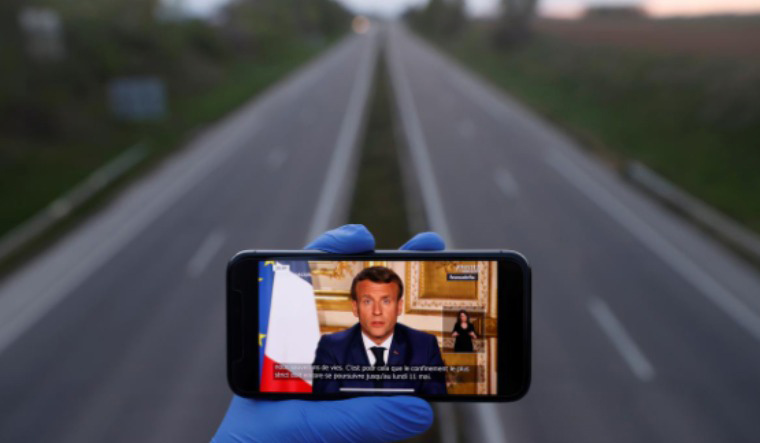 A resident of France listens to the speech of President Emmanuel Macron on April 13, 2020 | Reuters

French President Emmanuel Macron announced on Monday that he was extending the country’s lockdown till May 11.

Since the outbreak of the coronavirus in December last year, the virus has claimed at least 119,000 lives and has infected about two million people.

Most deaths have taken place in Europe. But the US, which has been hard hit, has seen more than 23,000 deaths. Some other hard-hit nations are considering easing lockdown measures, hoping that death rates may soon plateau.

France, which has recorded 14,967 deaths and more than 98,076 confirmed cases, feels that progress in conquering the virus has been made, but the battle is yet to be won.

President Macron was quoted by AFP as saying the epidemic was "beginning to steady... (and) hope is returning."

"May 11 will be the start of a new phase. It will be progressive and the rules can be adapted according to our results," he added.

Governments around the world are under pressure to save their economies from collapse as a result of the mass shutdown of businesses and confinement of people. But, officials are also trying to avoid a deadly second wave of the disease. According to WHO, only a vaccine will fully halt the spread of COVID-19.

The UK’s chief scientific adviser, Sir Patrick Vallance, indicated that Britons may have to stay at home for another month, except for essential work, shopping or exercise.

Authorities have warned people that there is “a long way to go” before lockdown measures can be relaxed.

UK Secretary of Foreign Affairs Dominic Raab, who is deputising for Prime Minister Boris Johnson, has said that the final decision on how the lockdown can be lifted gradually would be taken after ministers receive evidence from the scientific advisory group for emergencies.

Raab, however, was quoted by The Guardian as saying that not many changes can be expected to be made to the measures currently in place.

WHO, on Monday, cautioned against lifting all restrictions all at once to avoid a resurgence of the virus.