Wuhan would start flights and railway services on Wednesday 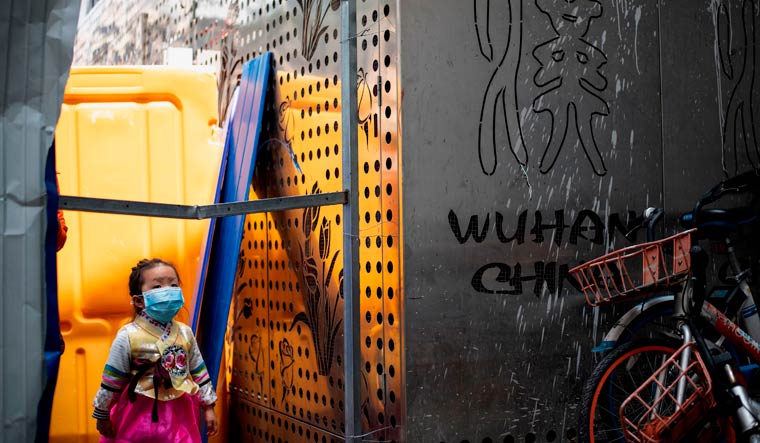 China will open-up the epicentre of its coronavirus pandemic Wuhan on Wednesday for outbound travel for the first time since the January 23 lockdown, as the country reported no new deaths from COVID-19, attaining a new milestone in the battle against the disease.

Just as China started opening-up the epicentre, concerns of rebound of COVID-19 was on the rise in the country as imported infections increased to 983 with 32 new confirmed cases, the National Health Commission said.

Asymptomatic coronavirus cases are those who test positive for the virus but do not show any symptoms and have the potential to cause sporadic clusters of infections. Last week, China began disclosing the number of asymptomatic cases for the first time, after growing public concerns over the potential of "silent" carriers to spread the disease.

Wuhan, where coronavirus was first reported in December last year and then spread like wildfire to other parts of the world, would start flights and railway services on Wednesday, restoring a semblance of normalcy for its 11 million people who bore the brunt of the virus outbreak.

Hubei province for which Wuhan is the capital has already started outbound travel services.

For local residents, April 8 will see the resumption of normal life after more than two months of isolation, even as epidemiologists warned that it is not the time to completely lower the guard and ease on full-scale restrictions, especially for community-based epidemic control work, considering the looming asymptomatic patients and possible rebound in infections, official media reported.

While lifting harsh restrictions after the 76-day lockdown, officials asked local people to continue carrying out strict community-based monitoring and management, making sure that a rebound in new infections won't occur following the traffic resumption.

While local residents appeared excited about the opening, epidemiologists, local doctors and officials warned that it is not the time to cheer as the understanding on the virus is far from being sufficient and increases in new infection cases as well as in asymptomatic patients are also alarming, state-run Global Times reported.

Wuhan, which already resumed city-based transport services, will resume flight and train services to different parts of China on Wednesday.

Also Monday was a landmark moment as zero cases were reported for the first time in the country. The official death toll in China so far is 3,331 with a total number of  81,740 cases.

While China's figures of cases and fatalities of the COVID-19 remained far lower to the US and some of the EU countries, Chinese officials in recent weeks have been refuting allegations from top US officials that China has been under-reporting the cases and the fatalities.

China for the first time issued an official timeline of coronavirus on Monday in which it stated that coronavirus was first detected in Wuhan in "late December 2019" where the infection was listed as "pneumonia of unknown cause", but skirted the key question about its origin.

China has faced criticism over COVID-19 crisis and Beijing has been accused of using its "propaganda" to hush-up coronavirus cases.

China and the US had a lengthy spat over origin of the virus.

While US President Donald Trump called COVID-19 as "China virus" and "Wuhan virus", Beijing said such allegations amounted to stigmatising China. Beijing said the origin of the COVID-19 can be determined only by scientific and professional views.

The US has accused China of delayed action resulting in the pandemic spreading to other countries, an allegation Beijing vehemently refuted asserting that it was working with the international community in an "open and highly responsible manner" to contain the global crisis.

According to estimates by the Johns Hopkins University, there are over 1.34 million confirmed coronavirus cases across the world and over 75,000 people have died of it.