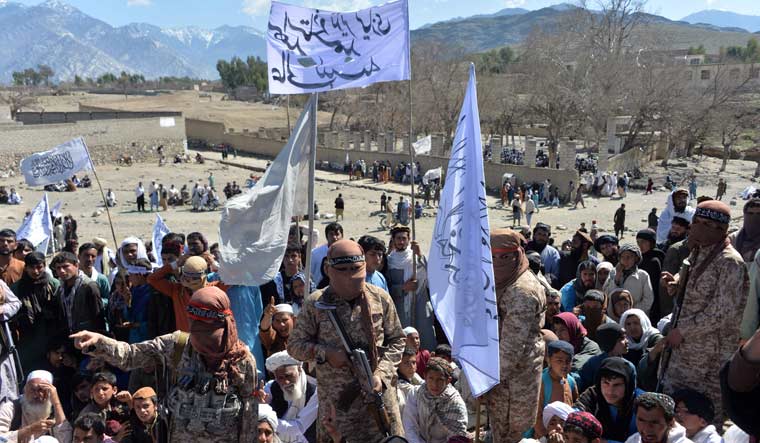 The Taliban have resumed operations against the Afghan security forces on Monday, barely hours after inking the peace deal with the US.

"The reduction in violence... has ended now and our operations will continue as normal," Taliban spokesperson Zabihullah Mujahi was quoted as saying. As per the US agreement, the Taliban would not target foreign troops.

The Afghan government is set to release 5,000 Taliban prisoners before March 10, when the intra-Afghan talks are to begin. However, the new President Ashraf Ghani has refused to do so, creating an obstacle in an already fragile accord. The development also raises concerns over the success of the

intra-Afghan talks slated to be held on March 10 in Oslo.

These talks were never going to be easy as the Taliban has refused to negotiate with the government in Kabul, calling it a "puppet.'' “To my mind the real negotiations (at the intra-Afghan talks) will start now,'' said Minister of External Affairs S. Jaishankar earlier in the day, responding to a question after speaking at the Centre for Policy Research Dialogues . “Then we have to see that many of the assumptions that we had—how cohesive are various players, what do they do, what are their demands, and finally do the Taliban join a democratic set up or does a democratic set up adjust to the Taliban. I think those are all issues for which right now there are no clear answers,” the minister said.

The deal paves the quick exit of US forces from Afghanistan in keeping with President Donald Trump's promise just before the country goes to polls. With the Taliban already flexing its muscles, it spells trouble even for India as the withdrawal of US forces have security implications for India as Taliban have close links with Pakistan. India sent an observer to witness the signing of the deal on Saturday. While the implications for India—and Afghanistan—may be still unclear, the deal has been a win for the Taliban as this granted them international legitimacy.

“I would remind people that this is not the Afghanistan of 2001,'' said Jaishankar, adding, “Many things have happened since then, in the US and the West. Our message has been that the the achievements in the last 18 years are secured in the global interest. I think we have to wait and see how this plays out.''

For India, like the Afghan government, the outcomes will have far reaching consequences. India has invested heavily in Afghanistan. Foreign secretary Harsh Vardhan Shringla made a last minute dash to Kabul on Friday to assure the newly sworn Ashraf Ghani government that it could count on Indian support.

With the Taliban resuming operations, Ghani will need support.