The current parliament was appointed on September 1, 2015 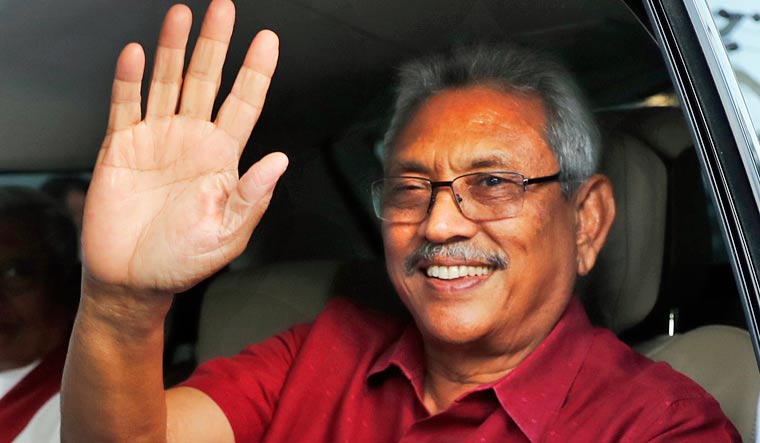 Sri Lankan President Gotabhaya Rajapaksa is likely to dissolve the Parliament later on Sunday, paving the way for snap elections in the country months ahead of the schedule, a top minister said.

President Rajapaksa in December named his elder brother and former strongman Mahinda Rajapaksa as the prime minister of the caretaker cabinet until the general election in August 2020. He can now legally dissolve Parliament and call an election.

The president could issue the dismissal order on the parliament on Sunday night, the earliest he could force a fresh parliamentary poll. The current parliament was appointed on September 1, 2015.

"Yes we will definitely look to dissolve, we were prevented from going for early polls due to 19A mistake of the previous government," Foreign Minister Dinesh Gunawardena told reporters.

The 19A amendment was a key reform pledge of the previous government headed by then president Maithripala Sirisena and prime minister Ranil Wickremesinghe.

It aims to curtail excessive powers of the presidency, leaving more power for the parliament.

Gunawardena said President Rajapaksa, despite his clear win in the elections, was clamped by the 19A to call for a fresh election to have his own government.

"Previous presidents were able to dissolve the parliament after an year," he said.

Political sources said the dissolution order could be issued at midnight tonight, making the way for the fresh polls by the end of April.

Among the Rajapaksa reforms post election are the abolition of 19A.

According to a report in the Sunday Observer, after the dissolution of the parliament, the country will be run by a caretaker government with Mahinda Rajapaksa as the prime minister and a cabinet of ministers.

All state ministers and deputy ministers will thereby lose their posts, it said.

Election Commission Chairman Mahinda Deshapriya was quoted as saying in the report that in the event of the parliament's dissolution, arrangements will be made to receive nominations from March 12-16.

According to him, 271,789 more voters will be eligible to cast their votes in the polls, bringing the total number of voters to nearly 16.3 million.