Protests were scheduled in 18 European cities on Saturday 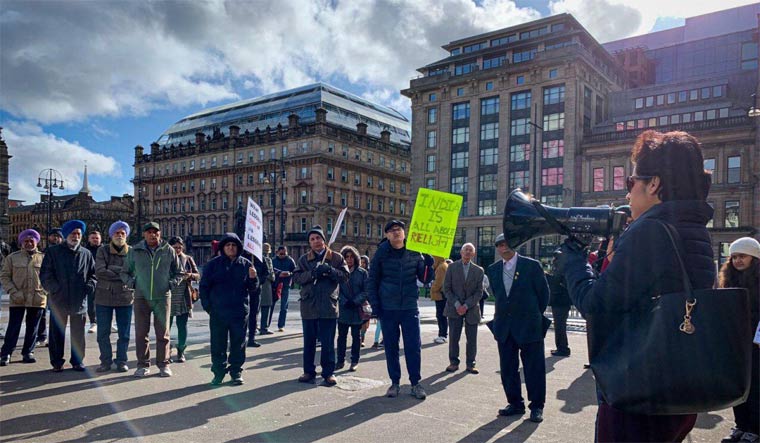 Protests against the Delhi violence, National Register of Citizens (NRC) and Citizenship Amendment Act (CAA) took place across Europe on Saturday, as gatherings were held in multiple cities against the incidents of violence that took place on February 23-28.

The protests were prompted by the violence that has taken place place in Delhi since February 23, leaving at least 42 dead and over 200 injured. The incident has been compared by Pakistan Prime Minister Imran Khan to the ‘Kristallnacht (Night of Broken Glass)’ that took place in Nazi Germany on November 9-10 in 1938 and has seen condemnation come in from across the world. 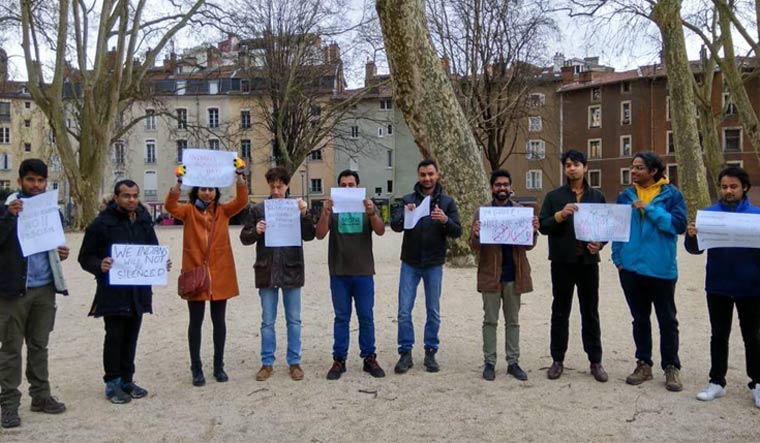 Images were shared on social media from protests in Geneva, Munich, Hamburg, The Hague, London, Helsinki and Dublin was ell as in New York. In London, protests were held in front of India House.

Large gathering at protests in London despite being organized at short notice. The weather has not deterred us. We see your hate factory and the opression by your forces Modi & Shah #DelhiPogroms2020 #WorldAgainstDelhiViolence @zoo_bear @SAsiaSolidarity @SOASIndiaSoc @SASAF_UK pic.twitter.com/GHI2Jo0NLz

Our friends internationally are standing with us! If you support us from outside please amplify our voices in your region ✊🏾 #DelhiPogrom #DelhiViolence #AntiCAAprotests pic.twitter.com/8iITiKGHTE

Many social media handles quoted the Aamir Aziz poem ‘Sab Yaad Rakha Jayega’, which had earlier been referenced by Pink Floyd’s Roger Waters at a London event, in particular the line, “You write ‘injustice’ on the earth; we will write revolution in the sky”.

You write injustice on the earth, we will write revolution in the sky! -@rogerwaters quoting #AmirAziz

A similar pan-Europe protest march was held on January 26 against the CAA and the NRC, organised by multiple human rights groups.

A protest in Geneva today, against state callousness, wilful negligence, and in solidarity with those affected in #DelhiRiots pic.twitter.com/Hl4okm3K8c