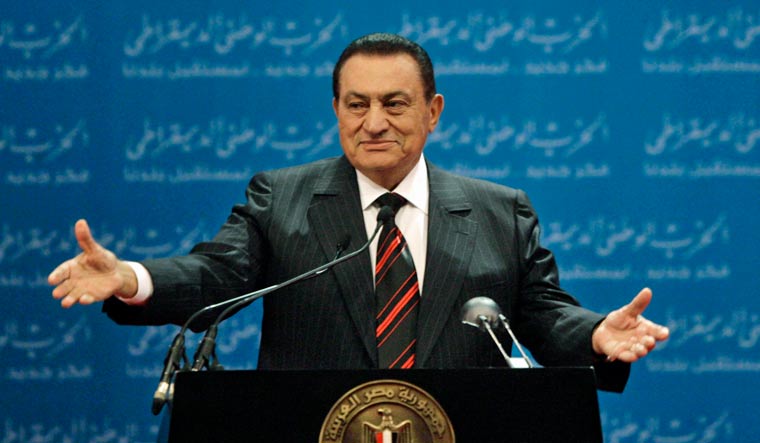 Hosni Mubarak, who ruled Egypt between 1981 and 2011, has died in hospital, according to reports. Mubarak, 91, was Egypt’s fourth and longest-ruling president.

Mubarak was Egypt’s longest-serving ruler since the reign of Muhammad Ali Pasha, the country’s Ottoman governor between 1805 and 1848. Mubarak was deposed during the 2011 Arab Spring, announcing that he would not seek re-election after 18 days of mass public protests brought the country to a standstill.

His rule was remembered as autocratic and regressive. At the same time, he oversaw numerous changes in the regional power balance, helping create a Saudi-Egypt axis of power to counter Iran and driving his country’s renewal of relations with the West in the 1990s, eventually leading to a wave of privatisation and free-market policies. He helped oversee the demilitarisation of relations with Israel.

Mubarak, a former commander of the Egyptian Air Force, was seen as a war hero for his role during the 1973 Yom Kippur war with Israel—a role that was later contested.

In 1975, Anwar Sadat appointed him vice president, a position he held until Sadat’s assassination in 1981. Mubarak was seated right next to Sadat when the latter was assassinated. Since then, he ruled Egypt as president until becoming the first casualty of the Arab Spring. He was re-elected four times for six-year presidential terms, in 1987, 1993, 1999 and 2005.

His rule saw the role of the military strengthened in Egypt, as Mubarak also feared being assassinated like his predecessor. According to the BBC, he survived six assassination attempts in his lifetime.

Since the end of the Arab Spring, he has spent most of his time in the Maadi Military Hospital in Cairo. After being deposed, he faced multiple charges in court, on alleged state corruption and for the murder of protesters during the revolution. This made him the first Arab leader to face trial in a local court in his own country.

Over 800 protestors were killed during the Egyptian state’s crackdown on the Arab Spring. For not halting the killing of protesters, he was awarded a life sentence that was later overturned in 2013. The next year, he was found guilty on charges of embezzlement and given a three-year sentence. This was again overturned in 2015 and a retrial was ordered—in which he was, once again, found guilty.

In 2017, Egypt’s top appeals court acquitted him of the charge of killing protesters during the 2011 uprising. Public anger over his acquittal saw thousands step out on to the streets once again. This time, however, the masses were unable to change the verdict.

Mubarak’s health has been weak since the spring season in the Middle East. He underwent surgery in late January and was reported by his son as being in intensive care since Saturday.