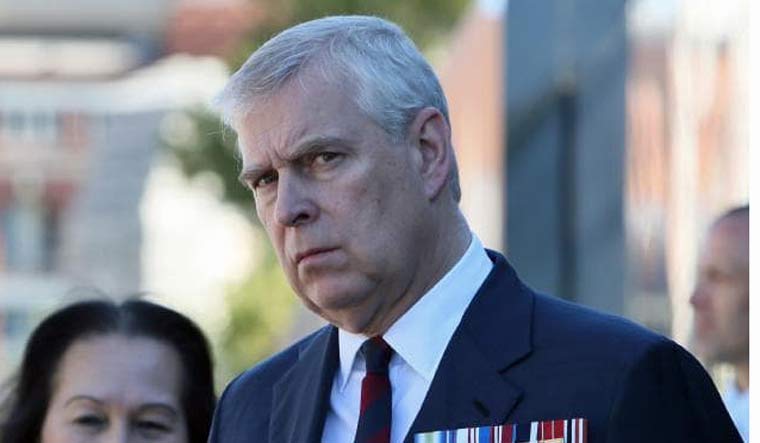 US prosecutor Geoffrey Berman, who is overseeing the Jeffrey Epstein sex trafficking investigation said on Monday that Britain's Prince Andrew has been uncooperative in the inquiry so far.

Berman was speaking at a news conference outside Epstein's New York mansion. The top federal prosecutor in Manhattan said prosecutors and the FBI had contacted Prince Andrew's lawyers and asked to interview him, but the Prince has provided zero cooperation.

The disgraced former Royal, who stepped down from his duties after attention renewed over his ties to the well-known financier and a convicted sex-offender Jeffery Epstein. Virginia Roberts Giuffre has told in interviews to the media that Epstein forced her to have sex with the senior Royal when she was only 17. Giuffre also said that Epstein, flew her around the world and pressured her into having sex with numerous older men including US politicians and wealthy financiers; and that she has had several sexual encounters with Prince Andrew.

In an interview right before stepping down from his royal duties, Prince Andrew had said that he had no recollection of meeting Giuffre at all and insist that he was having pizza with his children the night she claims they were together in London.

All the men named by Giuffre, including attorney Alan Dershowitz, who is now part of President Donald Trump's impeachment defence team have denied the allegations.

Giuffre has said she had sex with Andrew three times at Epstein's request, including once in London in 2001 at the home of Epstein's girlfriend, Ghislaine Maxwell.

Both Andrew and Maxwell have denied any knowledge that Epstein was sexually abusing teenage girls. Epstein, who was being held without bail in New York’s Metropolitan Correctional Centre, was found dead on August 10 2019, in an apparent suicide. And while charges pending against Epstein were tossed out by a judge after his death, at least six cases have been filed against his estate by women who say they have been assaulted by Epstein as minors.

US Attorney General William Barr has vowed to aggressively investigate and bring charges against anyone who may have helped Epstein, who killed himself in his jail cell last summer while he was awaiting trial on sex trafficking charges.

Attorney Berman also commented on Epstein's suspicious death in the holding centre last year. He said, “Jeffrey Epstein couldn't have done what he did without the assistance of others, and I can assure you that the investigation is moving forward.

The two guards who were supposed to be monitoring Epstein the night he was found dead were actually either sleeping or browsing the internet instead of performing checks and have been charged with falsifying the jail's logbooks.