NATO chief backs Trump: Allies can do more in MidEast

Some NATO allies announced a partial withdrawal of troops from Iraq 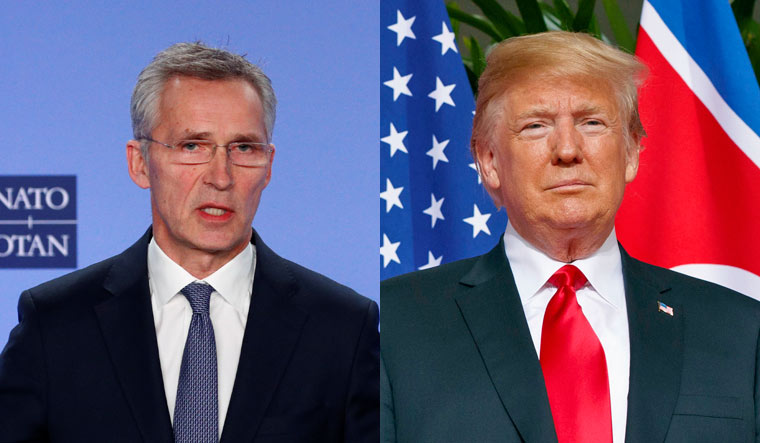 US President Donald Trump might be running out of options to deal with Iran. And in a surprising move of sorts, he reached out to NATO chief Jens Stoltenberg.

He said that NATO and the western allies should do more involved in the Middle East process.

"The President asked the secretary-general for NATO to become more involved in the Middle East," a NATO statement said, after the call between Washington and Brussels.

Stoltenberg agreed with Trump and said that NATO could “contribute more to regional stability and the fight against international terrorism."

On late Wednesday night, President Trump announced that he is ready to embrace peace with Iran, even as he gets pushed for sanctions against the nation after the missile attacks. Trump also indicated that he would not respond militarily.

He also said that an early warning system worked well and hence no lives were lost in the attack. Iran's state-owned media, however, claimed that the attacks killed 80 Americans.

In the meantime, some NATO allies announced a partial withdrawal of troops from Iraq anticipating a further attack. Trump also spoke to UK Prime Minister Boris Johnson regarding the Iran situation.

He asked the United Kingdom, Germany, France, Russia, and China to recognise this reality. They must now break away from the remnants of the Iran deal, or JCPOA and strike a new deal with Iran that will make the world a safer place.