Over $46,000 raised for funeral of Indian students killed in US hit-and-run

The two students from Tennessee State University were killed on Thanksgiving 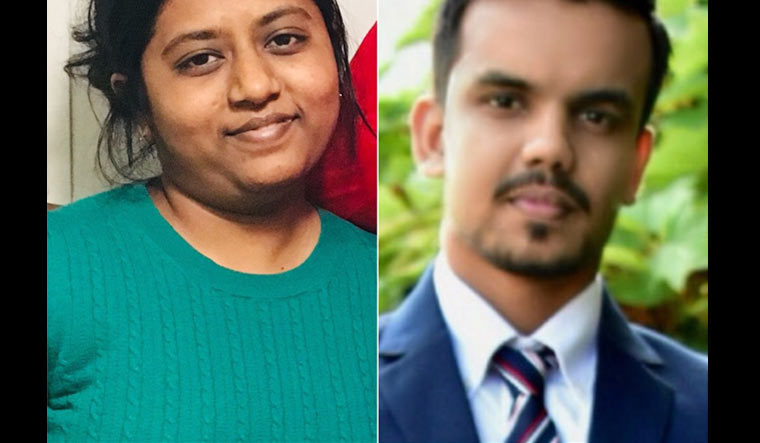 Over $46,000 has been raised for the funeral and last rites of two Indian students who were killed in a hit-and-run incident on Thanksgiving night in the US state of Tennessee.

Judy Stanley (23) and Vybhav Gopisetty (26), were graduate students of the Tennessee State University (TSU) and were pursuing food science degrees in the College of Agriculture, the university said.

According to the local police, Stanley and Gopisetty died in an apparent hit-and-run incident on the night of November 28 in South Nashville. The owner of the pickup truck involved in the accident has surrendered, authorities said.

The TSU on Friday released a statement after the two students were killed in the crash. They also identified the female victim, according to newschannel9.com.

"The Tennessee State University family is mourning the loss of two TSU students killed in an auto accident Thanksgiving night. Judy Stanley, 23, and Vybhav Gopisetty, 26, were both graduate students from India pursuing food science degrees in the College of Agriculture. Stanley was seeking a master's, and Gopisetty a doctorate."

David Torres (26), the owner of the GMC pickup truck involved the double-fatal crash on Nolensville Pike near Harding Place, surrendered before the police after a lookout notice was issued for him, the Metro Nashville Police Department said on Sunday.

According to the police, Torres' vehicle crashed into a Nissan Sentra, in which the two Indian students were travelling.

The pickup truck was speeding and ran a red light when it hit the passenger side of the Sentra, witnesses said according to ABC-affiliate News 9.

The car went off the road and through a fence before slamming into a tree on the Walmart property.

Stanley and Gopisetty succumbed to injuries and their families have been notified, police said, adding that Torres ran away from the scene.

According to eyewitness Louis Mireles, he was walking to the bus stop when he heard it happen and saw the GMC driver run away from the scene.

"Boom boom like that and I looked backward. It was right there I would've been dead right there, but something told me to step back," local television channel News 4 quoted him as saying.

"They're dead but we are going to make them alive again, so people get their chance in court get him because that guy ran... he didn't even care about their lives," Mireles said.

Bharat Pokharel, Associate Professor at the Department of Agricultural and Environmental Sciences, College of Agriculture said the students were "humble, innocent, and hardworking" with a "prosperous future".

"I could not believe what had happened to the lives of these two young energetic scientists," he said in a Facebook post.

Through a GoFundMe fundraiser, $46,737 has been raised for the students’ last rites and funeral in India. The page was created by Sharath Julakanti of TSU’s food science club.

According to the page, Vybhav Vipul Sudhir Gopisetty landed in Nashville with a dream to shine in the field of food science and completed his master's with excellent scores and four publications in international journals.

"Judy Stanley came from a middle-class financial background; she was a girl with positive attitude and hardworking in nature. She was passionate about helping poor people by participating in various volunteering and fund-collecting program but finally a situation arise, where we are now collecting fund for her funeral," the page says.

"We kindly request everyone to support them for their funeral which is to be held at India," it added.