#Area51Storm: Images and tweets from the day before 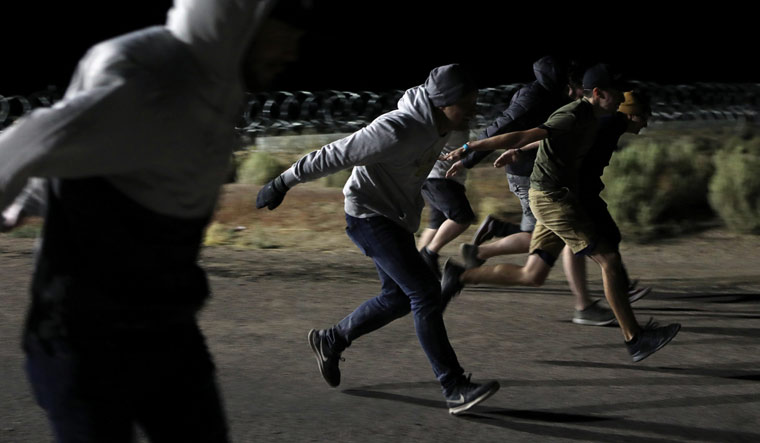 The first photos from Area 51 are in and it is now official: America's strangest, wildest generation yet has amassed in hundreds outside of the US military's most top-secret facility in the Nevada desert, one that has long been linked to the idea that aliens exist and that alien technology is in the hands of the US military.

It all started with a June Facebook event titled 'Storm Area 51, They Can't Stop All of Us' by a teenager called Matty Roberts, who intended the post as a joke. Part of the 'plan' involved running with one's arms outstretched behind oneself in the style of (very fictional) anime characters like Naruto.

The date of the raid was listed as September 21, with the goal being to ‘Naruto run’ fast enough that they could dodge bullets and ‘see them aliens’. Again, this was intended as a joke.

Within a few months, however, over two million had signed up for the event. Roberts received a knock on his door from the FBI, and hotels in Lincoln County Nevada were soon fully booked. It became clear that thousands, at the very least, were going to participate in this 'joke' event. 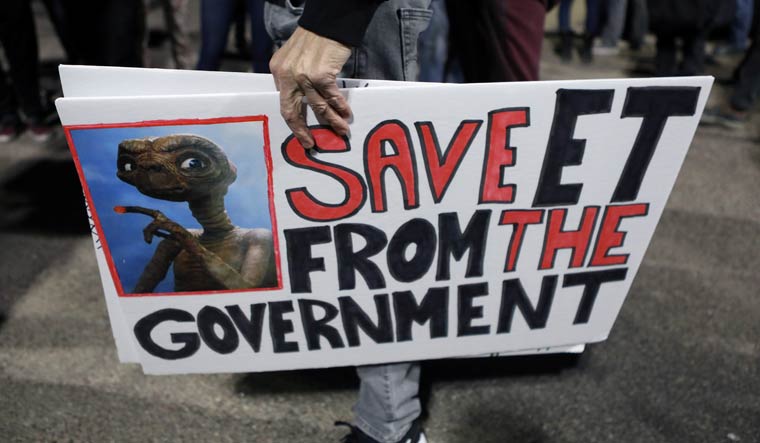 A placard at the event | AFP

In July, the US military made a stern announcement to the Washington Post, saying "Area 51 is an open training range for the US Air Force, and we would discourage anyone from trying to come into the area where we train American armed forces," adding that "the US Air Force always stands ready to protect America and its assets."

Who said this isn’t the greatest generation? Who else is going to raid Area 51 with an infinity gauntlet??#area51raid #Area51 #Area51storm #LiveFromTheArea51Raid #aliens pic.twitter.com/GYZ1QeVHRz

As of Friday, September 20, the Federal Aviation Administration has shut down airspace above the base. A much-circulated image showed the USAF briefing soldiers on what the Naruto run really was. And Roberts had long since pulled out of the event, which he came up with at 2am in the morning, choosing instead to take part in a safer celebration 134km away in party-friendly Las Vegas. 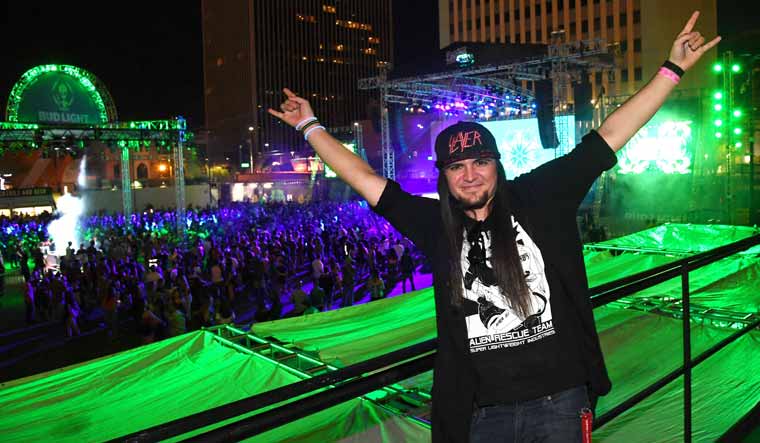 But, as hundreds showed at what must be the most-memed gathering in history, two music festivals in the vicinity are set to take advantage of the crowd and ensure that their energies are spent less destructively than on a suicidal raid on the military base.

19km away, at the town of Rachel, Nevada, the Alienstock music festival "open to all beings 21 earth years and older" is open for business. Another festival, in Hiko, is called the ‘Area 51 basecamp’. PBS reported that around 1,500 people had come to the two towns in Lincoln County: Rachel and Hiko. Between the two festivals, it is expected that up to 30,000 visitors can be handled. 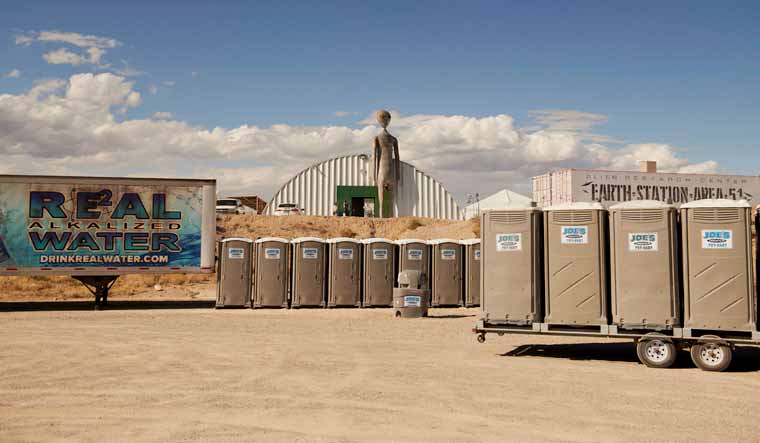 By pre-dawn, of the day before, many had already gathered by the base as law enforcement officials kept close watch. 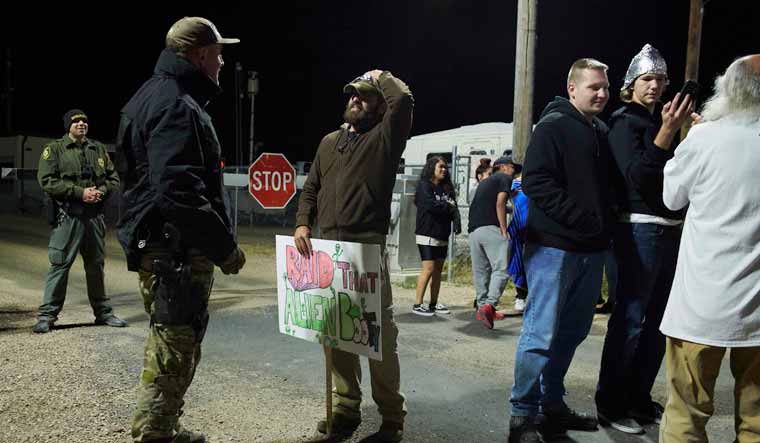 So far, it is legal to stand on public land near the compound reaching up to the gate. The military, however, is prepared to apprehend anyone who tries to step inside. By Friday morning, however, at least two had already been detained and later released for trying to enter the compound, according to AP.

Area 51 was only formally acknowledged to exist by the US military in 2013, when it declassified files showing that the base was a site of development for the U-2 spy aircraft, the F-117 Nighthawk (the first stealth aircraft) and testing for the Lockheed A-12, which later became the SR-71 (the world’s fastest manned military aircraft).

As the event progresses, it remains to be seen whether it will actually turn into a raid. Twitter footage from the events shows crowds chanting “tell us the truth” while some waved North Korean flags.