India's outreach, engagement at 74th UNGA session to be unprecedented 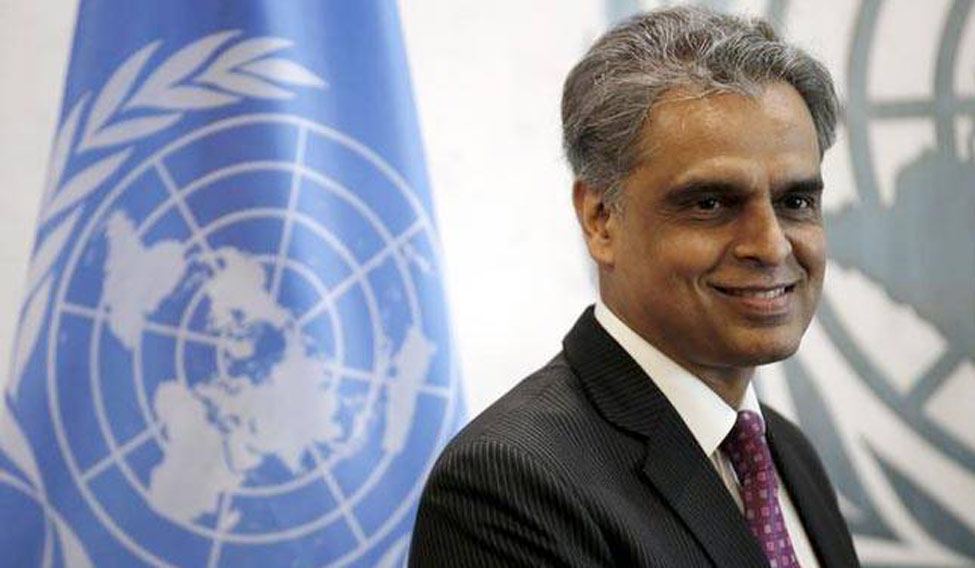 India's engagement and outreach at the 74th session of the UN General Assembly, set to begin here next week, is unprecedented and Prime Minister Narendra Modi's visit to the world organisation will result in a concrete, tangible, action-oriented outcomes, India's Permanent Representative to the UN Ambassador Syed Akbaruddin has said.

Akbaruddin, briefing reporters at the Permanent Mission of India to the UN Thursday on India's priorities and engagements at the United Nations during the high-level session said the extent of India's outreach at the General Assembly this year is unprecedented.

He said a total of over 75 Heads of State and Foreign Ministers will be meeting with Modi, External Affairs Minister S Jaishankar and Minister of State for External Affairs V Muraleedharan during the week across various platforms.

"And that's what I call when I say that the breadth is unprecedented. We have never, ever had this sort of an engagement of this intensity during the General Assembly session with such a broad number of countries," Akbaruddin said.

He underscored that there is willingness of a large group of countries to engage with India together.

"In past engagements at the UN, we've had plurilateral meetings like the G4 or BRICS at the Ministerial level, but never have we had this engagement of India and a group of countries together, wanting to work collectively with India," he said adding that all the engagements are very action-oriented.

"It's very different from normative talking. The UN is known to be sometimes derisively referred to as a talk shop. Talking is important. I don't think that we should deride talk shops because jaw-jaw is better than waw-waw. So talking is important. But more important is that we need to walk the talk and ...What you will see distinctively coming out of the visit this time is concrete, tangible, action-oriented outcomes that we are working on with our partners globally."

Modi, who will be addressing the General Debate for the first time in five years, has a packed bilateral and multilateral agenda beginning September 23 till September 27.

In all, he will be delivering nine key speeches at high-level summits and plurilateral engagements.

Akbaruddin said Modi will "articulate his vision of how he sees India's place in the multilateral arena, based on his past experience, but a forward looking vision."

Modi arrives in New York on the evening of September 22 from Houston, where he will address a massive community event along with President Donald Trump.

On the morning of September 23, he will be among the first set of speakers at UN Secretary General's high-level Climate Action Summit in the UN General Assembly chamber along with Prime Minister of New Zealand Jacinda Ardern, President of Marshall Islands Hilda Heine and German Chancellor Angela Merkel.

Over 63 countries have been invited to speak at the Summit.

Immediately after this session, Modi will address the first-ever High-level Meeting on Universal Health Coverage, which will launch new efforts to provide access for all to affordable, inclusive and resilient health systems.

Later in the day, Modi will address the 'Leaders' Dialogue on Strategic Responses to Terrorist and Violent Extremist Narratives', organised by a group of countries, along with the UN Secretariat, which deals with the Office of Counterterrorism.

The meeting is led by King of Jordan Abdullah II, President of France Emmanuel Macron and Ardern.

Akbaruddin said Modi has made a call for international conference to counter terrorism and he will make that pitch in his meeting. Addressing the challenges of terrorism will always be a theme in India's external orientation, because "our people have suffered enough. And we would like the international community to act in unison to address these issues."

On September 24, India will be highlighting a new feature of its approach at the UN through the plurilateral 'India-Pacific Islands Leaders' Meeting.

India and the Pacific nations have met under the Forum for India-Pacific Islands cooperation (FIPIC), first in Fiji in 2014 and then in Jaipur in 2015.

"The Indo-Pacific is a major area in which we are focused and these specific small-island countries are a very close partner that we are working on a whole host of issues," Akbaruddin said.

Modi has been invited to deliver the keynote address at the Bloomberg Global Business Forum in the morning of September 25. Following this, there will be a large number of interactions with CEOs.

Jaishankar too has a packed schedule of meetings and engagements and he will participate in the BRICS, G4 and SAARC Foreign Ministers meet on the sidelines of the General Assembly session.